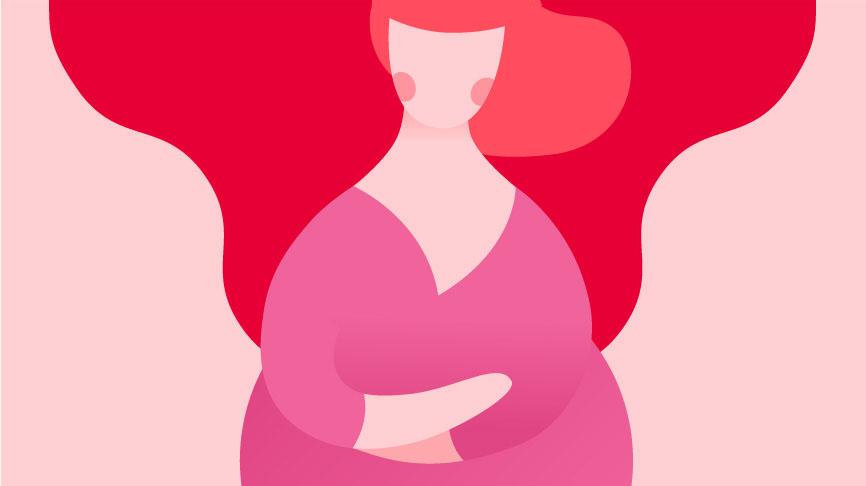 If you are a diehard fan of the TV program ‘I Didn’t Know I Was Pregnant’ like we are, then you’ll know that many women featured experienced irregular periods throughout their life, and in fact experienced what they thought to be a period during their surprise pregnancy.

The existence of such a perplexing phenomenon can cause concern both for those trying to avoid pregnancy and those who are trying to conceive, so we’ve broken it down for you.

What is Implantation Bleeding?

Implantation bleeding is one of the very first signs of pregnancy though only about ⅓ of women will experience it.  It happens about 6-12 days after conception, and because it happens before any other sign of pregnancy, it can be easy to mistake for a normal period.

When the fertilized egg travels through your fallopian tubes and attaches itself to the uterine wall, it can cause a little bleeding – that’s all! It’s absolutely no cause for concern when it comes to the safety of your pregnancy.

Menstrual blood can certainly come in a wide range of colors – sometimes shockingly so – but implantation bleeding tends be brown or pink.

Implantation bleeding can last anywhere from a few hours to a few days, so if you experience a significantly lighter, shorter amount of bleeding a week or two after unprotected sex, it may be time to take a pregnancy test!