Almost There: An HIV Vaccine, When Will it Be Available? 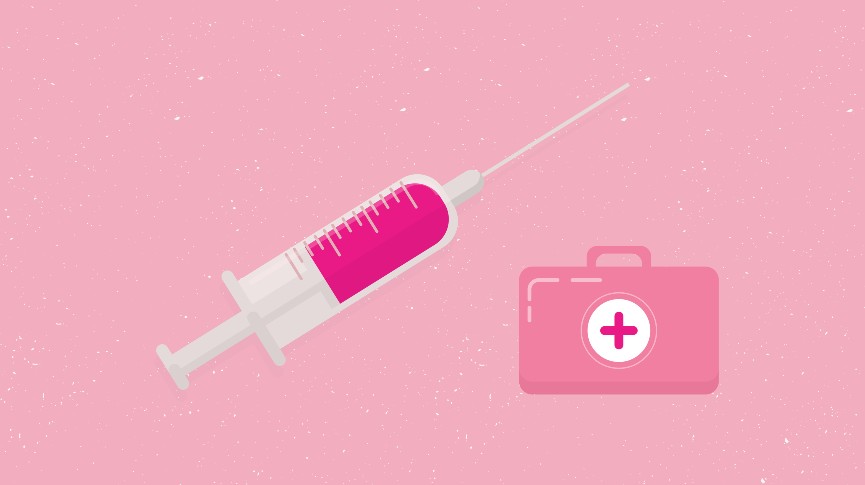 HIV/AIDS is an epidemic that has taken countless lives and affected even more. Affecting about thirty-eight million people worldwide, scientists have been in a decades-long battle against the virus and the disease it can lead to.

Once someone contracts the HIV vaccine, it can develop into AIDS, Acquired Immunodeficiency Syndrome, the late stage of an HIV infection.

Although it took quite some time, and too many lives in the process, there have been advancements made that have revolutionized care for HIV, as well as preventing it.

Part of that came from understanding how it’s spread, which is typically through infected blood, semen, or vaginal fluids. Testing became available, and people understood the necessity of condoms and other barrier methods in preventing transmission.

The first HIV treatment came out in 1987, and an even more effective treatment started being distributed in 1997, causing a significant decline in death rates. Still, someone who is positive for the virus must continue taking treatment for their whole lives, and may still experience long-term health effects. Treatment is also inaccessible in many areas of the world, especially those significantly impacted by HIV/AIDS.

In terms of prevention, in July 2012, the United States Food and Drug Administration, FDA, approved a medication that an HIV-negative person can take to prevent the transmission of the virus.

This medication called PrEP (pre-exposure prophylaxis) is taken by people who may be at risk for contracting HIV, like if they have a sex partner who is positive, people who don’t always use condoms, those who share needles or other drug-injection tools.

Although PrEP greatly decreases someone’s risk of contracting HIV, it requires staying on top of taking a pill regularly – which can be easier said than done.

This takes us to our topic at hand…and HIV vaccine?

Although it’s taken decades, scientists are now one step closer towards not only developing but approving a vaccine against HIV.

The vaccine is in its first phase of clinical trials and needs to go through three before becoming approved and hitting the market.

How Does it Work?

The HIV virus is densely coated with sugar molecules that don’t trigger an immune response. The spike proteins on the surface of an HIV virus are used to gain entry to its host cells.

The genes that make these spikes rapidly mutate, meaning there are millions of different strains of HIV, which has made it difficult to develop a vaccine based on antibodies. One antibody vaccine will most likely not work on all strains of HIV.

There are certain areas of the defensive spike that don’t change very much. In rare cases, people with HIV will naturally make antibodies that bind with these regions. This phenomenon has given researchers insight as to how to develop a vaccine that may actually work.

It has been developed using technology that would involve a series of vaccinations that activate and develop a rare type of immune cell. These immune cells would produce antibodies that target a weak spot on the virus’s outer surface that has previously been inaccessible.

A phase one clinical trial showed the vaccine to be safe and to give the intended effect to nearly all those who took part in the trial. Researchers found it activated the rare cells target for immunity in ninety-seven percent of those who received the vaccine.

Since the trial was small, only forty-eight people, will need much more testing and further clinical trials before the vaccine is approved for widespread use.

If approved, the vaccine would require a series of injections. Researchers have now teamed up with Moderna, one of the biotech companies that created a COVID-19 vaccine, to use similar technology.

When Will it Be Available?

As inspiring as it is to hear about this development after years of research and struggle, it appears we are still a ways off.

It may take years before the vaccine, or series of vaccines, are actually distributed and widely available.

Other potential vaccines have been developed in the past, but either gave negative results or were not effective enough to for widespread use and approval.

This may be the most promising discovery in terms of preventing HIV, but it will be some time before we can see if it is truly able to live up to the hype.

We’ve seen rapid discoveries and urgency for innovative vaccines amongst the COVID-19 pandemic, which will hopefully translate to these technologies being able to be used to fight other viruses, like HIV.

While it may be some ways off, this innovation is a step in the right direction for preventing the transmission of HIV.

1 thought on “Almost There: An HIV Vaccine, When Will it Be Available?”