Pregnancy; arguably one of the most magical experiences to be endured in life. On the contrary, some moms might have some, well… *different* words to describe it.

Symptoms during pregnancy differ for each woman, and even each pregnancy. Some are predominantly peaceful with little annoyance. Others are excruciatingly painful.

It can be increasingly difficult to manage these symptoms as your baby gets bigger and your pain increases, as there is a limit on what you can do while pregnant. Luckily, there’s enough research these days to offer insight on how one specific kind of care can offer relief during gestation.

Chiropractic care explained by the American Pregnancy Association: “Chiropractic care is health maintenance of the spinal column, discs, related nerves and bone geometry without drugs or surgery. It involves the art and science of adjusting misaligned joints in the body, especially of the spine, which reduces spinal nerve stress and therefore promotes health throughout the body.”

Is Chiropractic Care During Pregnancy Safe?

If you have no experience with chiropractic, I know what you’re thinking. “How can cracking my back help me and not hurt me during pregnancy? That sounds so dangerous!” First, chiropractic care is more than just a cracking of the back. Second, while all chiropractors are adequately trained in caring for pregnant women, some specialize in it.

The APA informs us that “there are no known contraindications to chiropractic care throughout pregnancy,” and “chiropractors that have been trained to work with pregnant women may use tables for a pregnant woman’s body, and they will use techniques that avoid unneeded pressure on the abdomen.”

Why Should You Have Chiropractic Care During Pregnancy?

Simply put, “the nervous system is the master communication system to all the body systems including the reproductive system. Keeping the spine aligned helps the entire body work more effectively,” stated by the APA. Protruding abdomen and increased back curve, pelvic changes, and postural adaptations are all things that can result in a misaligned spine or joints.

It is especially crucial to establish pelvic balance for optimal labor and delivery: “When the pelvis is misaligned, it may reduce the amount of room available for the developing baby. This restriction is called intrauterine constraint. A misaligned pelvis may also make it difficult for the baby to get into the best possible position for delivery.

This can affect the mother’s ability to have a natural, non-invasive birth. Breech and posterior positions can interfere with the natural ease of labor and lead to interventions such as c-sections.”

Further, “With a balanced pelvis, babies have a greater chance of moving into the correct position for birth, and the crisis and worry associated with breech and posterior presentations may be avoided altogether. Optimal baby positioning at the time of birth also eliminates the potential for dystocia (difficult labor) and therefore results in easier and safer deliveries for both the mother and baby.” (APA)

Additionally, this article states that findings from one clinical study “indicated relief from back pain during the pregnancy in 84% of the cases. The authors also noted that chiropractic manipulation may significantly decrease the incidence of back labor.”

Why Do I Need Adjustments if I’m Not Experiencing Pain?

Regular assessments of your spinal biomechanics and nervous system function by a chiropractor can help detect, maintain, and prevent, dysfunction throughout your entire body. Spinal dysfunction always happens before back or neck pain, making subluxations “silent.”

Your body has a way of altering your mechanics to avoid pain when dysfunction is present, which is a smart adaptation short term but can bite you in the butt long term if you don’t correct the dysfunction.

Think about it this way: Your car may feel like it’s running smoothly right now, but that doesn’t mean that it couldn’t use an oil change. Maybe it’s not feeling the total detriment that it would if the oil was completely out YET, but an oil change definitely wouldn’t hurt it.

Waiting until it’s too late to get an oil change or general service to your car can more often than not cause an entirely bigger problem to a separate part of your car. This results in a mechanic having to assess the car as a whole, and start where he sees one problem until each problem is eventually fixed.

By detecting and correcting subluxations using chiropractic adjustments, interference is removed from the nervous system and your body is allowed to self-heal and self-regulate. A body free of nervous system interference can make a huge difference in the function of every system in your body. And that can be specifically helpful while growing a human.

Additionally, a survey evaluating the Webster’s Technique (explained below) found that “doctors reported that they found favorable results in relieving the constraints that may be contributory to the malposition of the fetus, and 92% of cases resulted in resolution of the breech position.”

This is such a positive finding because if uncorrected, these cases would likely require cesarean delivery: “In the year 1999, 22% of deliveries were performed by cesarean delivery, and 13% of these were due to breech presentation.”

So, you can see that pain relief is most definitely not the only way to benefit here.

“Larry Webster, D.C., founder of the International Chiropractic Pediatric Association (ICPA), developed a specific chiropractic analysis and adjustment which enables chiropractors to establish balance in the pregnant woman’s pelvis and reduce undue stress to her uterus and supporting ligaments” (APA). This technique is known as the “Webster Technique.”

“The Journal of Manipulative and Physiological Therapeutics reported in the July/August 2002 issue an 82% success rate of babies turning vertex when doctors of chiropractic used the Webster Technique.” (APA).

Ways Your Body Changes During Pregnancy

It’s safe to say that there is a lot to gain from seeing a chiropractor throughout your pregnancy whether feeling pain or not. 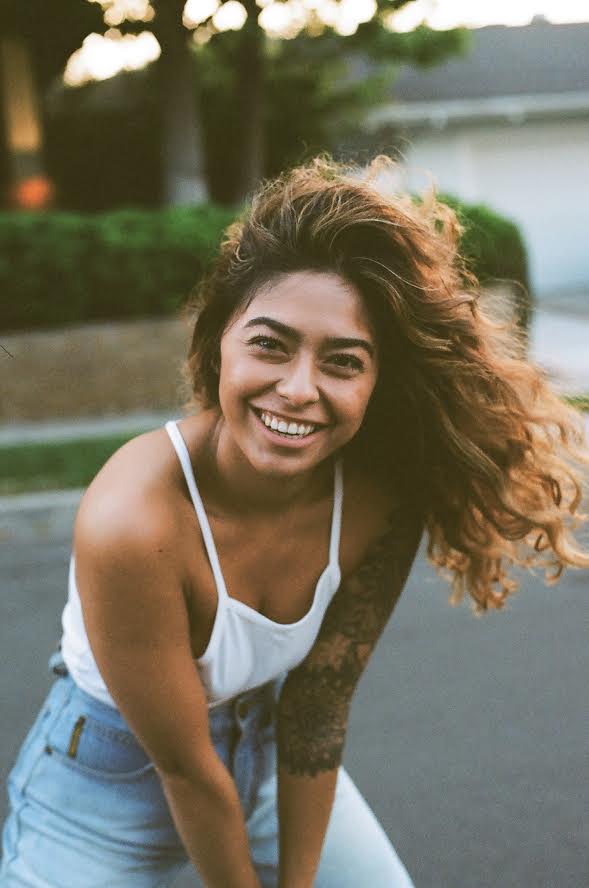 Bailey is a soon-to-be new mom who goes against the grain. With a degree in communication studies, she has built a skincare company alongside her partner, which represents her lifestyle: natural, holistic, and non-toxic. Re-learning everything she knew her entire life, she began to grow her knowledge for all things natural. As an advocate for truth and women’s empowerment, her passion for writing and sharing her knowledge began to mature. Here at Intimina, she shares her experiences with pregnancy, sexual wellness, and women’s health from the perspective of a non-Western view.

Recommended
News Flash: This 20% Off Intimina Flash Sale Is #GOALS