Menopause encompasses a lot more of your physical health than just menstruation. While you might imagine this normal middle-age milestone as simply stopping your period for good, your entire body is affected by the change in hormones, and for some women, menopause takes place up to 10 years earlier than average.

If your reproductive cycles and symptoms are so out-of-whack that you’re hovering a finger over speed dial to your doctor, there’s a chance you might be experiencing early menopause. Though it’s always best to leave the diagnosis up to a medical pro, we’ll guide you through some of the flags your body can raise if you’re headed toward early menopause .

First things’ first: What is Menopause?

You’ll no longer menstruate after menopause has taken full effect, but this is only one of the major changes associated with this life event, whether early or not.

In short, menopause occurs when your ovaries stops producing eggs, which also lowers your estrogen and progesterone levels. Since estrogen controls your reproductive organs, you can no longer conceive, hence the reason period cessation became the poster child for menopause.

You’re considered perimenopausal in the 8 to 10 years prior to menopause, which require a full 12 months without a period for you to officially nab the medical label. During perimenopause, you’ll start to see signs of what’s to come, like hot flashes, mood swings, and irregularities in your menstrual cycle.

Most women enter menopause between the ages of 45 and 55, but occasionally your body can shut down reproductive processes around age 40 or even earlier. This constitutes a premature ovarian insufficiency, a.k.a. early menopause.

During the perimenopausal stage, you’ll notice changes in your weight, hair, and heart rate, along with bouts of forgetfulness, muscle aches, and worsening PMS symptoms. Once you reach full menopause, night sweats, insomnia, anxiety, and dryness throughout your body pop up.

It’s when these issues arise well before your mid-40s that it’s time to consider the possibility of early menopause.

What Causes Early Onset Menopause, and What Can I Do About It?

Passing child-bearing age – and dealing with all the body chemical changes that come along with it – couldn’t be more natural to the human life cycle, but sometimes medical factors can step in and cause menopause to hit early.

It’s not always possible to tell exactly what causes early menopause in each case, but these are some of the most common reasons.

Your DNA might just be written to begin menopause before the average onset age of 51, and if that’s the case, you can thank your mother – or just her genes. Her age during onset can provide clues as to when this change will begin. There’s little you can do about genetics, so prepare by learning about your options to ease the transition.

Hormone Replacement Therapy (HRT) is a typical treatment for menopausal women under 40. Though there are various methods, the goal is to supply your body with the necessary hormones for your age bracket until you reach the proper age for menopause. HRT can help combat side effects like bone loss, lack of interest in sex, and low energy so you’re not struggling with the effects of aging while still young.

As if you need more reasons not to use tobacco, smoking is a huge factor in bringing on menopause earlier than average.

Women who smoked were found to experience menopausal issues 1-2 years earlier than those who didn’t, according to a 2012 study. Ditch the cigs – for your skin and your intimate parts!

If you’re on the thinner or more muscular side, a lack of body fat could also effect when menopause sets in since estrogen is stored in fat tissue. Whether by nature or a gym routine, your Body Mass Index (BMI), which calculates your fat percentage based on your proportions, can be used to figure out the potential cause of early menopause.

The best way to push menopause back to where it belongs in the 50s is with plenty of sunlight, regular exercise, and a well-rounded diet.

Autoimmune disorders like rheumatoid arthritis and thyroid disease trick your body into thinking it’s own healthy cells are invaders, causing inflammation which can shut down the ovaries, ceasing reproductive function.

Epilepsy, a brain disorder that causes regular seizures, may also cause premature failure of the ovaries, and so can heavy medicinal intervention on the body from cancer treatments.

When medical roots are to blame, over-the-counter estrogen therapy is usually the best treatment route. Your doctor might also try to relieve some of your core symptoms with extra prescriptions for anti-depressants for mood swings or creams for vaginal dryness.

There’s no reason to suffer through the reproductive aging process long before your body is truly ready. If you’re heading into menopause a handful of years too soon, there are several ways to introduce medicine and new health routines into your life to normalize hormone production.

There’s no stopping the hands of time, and you’ll get to menopause eventually, so you might as well check with your doc and send Mother Nature packing until you’re nearing senior citizen status. 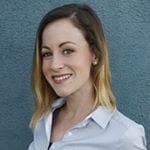 1 thought on “Early Menopause & What it Means for Your Health”