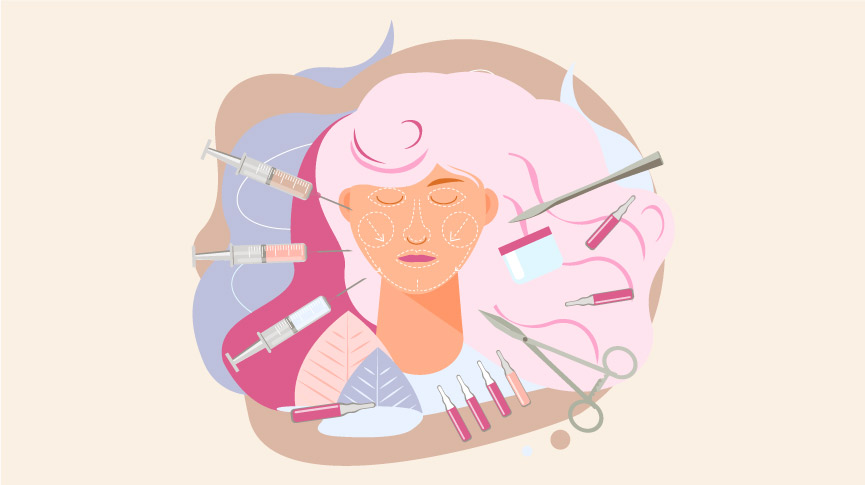 Botox is becoming more and more popular and widely available.

As someone in my late twenties, I have quite a few friends that have been getting it for years and a few others that are younger than me that have hopped on the “preventative botox train.” I have other friends that have benefited from it immensely that use it for therapeutic purposes like migraines and TMJ Disorder.

I haven’t joined that club, and frankly don’t see myself getting it anytime soon – if ever.

I’m not here to make a moral argument for or against botox. You do what makes you feel your best.

No matter where you stand on the botox conversation, it is worth it to explore the health implications of injecting a foreign substance into your body.

This is why I was intrigued when I heard a health influencer talk about the role botox may play on your mental health.

Is it possible? Can botox make you sad or depressed? Can it make you happier?

Before we dive into the juicy bits, you need a basic understanding of what Botox is, and how it works.

Botulinum toxin, normally known by its nickname Botox, is a neurotoxin that is produced from a type of bacteria called Clostridium botulinum – don’t worry, you won’t be quizzed on this!

When injected, it minimizes muscle tension and enhances muscle relaxation. It’s typically used to treat small wrinkles and some medical conditions like neck spasms, excessive sweating, and an overactive bladder. It even has FDA approval in the United States for the treatment of some of these conditions!

We’ve all seen the “botox face”. An injection job gone wrong, or just too much used over time.

Or people just not having the full range of motion in their face, making them seem less expressive than they may otherwise be.

Turn That Frown Upside Down!

Do you know the saying fake it till you make it?

Well, researchers have found that putting on a smile, even when you don’t necessarily feel happy, can trick your brain into being in a more positive state.

So what happens when you’re physically unable to smile at your normal capacity?

Where does Botox come in?

Dr. Michael Lewis of the School of Psychology, Cardiff, Wales spearheaded a study to see just what effect Botox might have on people’s mental health.

His research found that people who received botox in their crow’s feet (the side of the eyes), left participants feeling more depressed in a self-reported study.

He breaks down the thinking behind his research “The expressions that we make on our face affect the emotions we feel; we smile because we are happy but smiling also makes us happy. Treatment with drugs like Botox prevents the patient from being able to make a particular expression.”

Aka, if you can’t smile as easily, you might feel sadder.

The Other Side: Can Botox Make You Happy?

Not so fast though. In the same study, Dr. Lewis also explored the effects of injecting Botox into different areas of the face, specifically someone’s frown lines – the lines that show up between your eyes when you frown or scowl. People who received Botox there actually reported feeling less depressed. Wild!

This supports other research that has been done on using Botox for depression.

Like a 2006 trial that found that nine out of ten participants who got Botox in the frown lines no longer had depressive symptoms two months after the injection. The tenth person still had symptoms but did report an improved mood.

A more recent 2017 study conducted in Iran, supported these findings after thirty participants were evaluated over twenty-four weeks. Participants showed improvements in symptoms of depression compared to those who were injected with a placebo.

The cool thing about the 2017 study is that researchers found that although the effects of Botox only last twelve to sixteen weeks, people showed improved symptoms of depression even after the end of the twenty-four weeks,

Although this isn’t necessarily backed up by the research, there’s also the factor of self-confidence. Not to get caught up in vanities, but if you feel good about how you look, chances are you might have more self-confidence and thus feel better all around.

Further research is being done to see the impact Botox may have on other mental health disorders like injecting areas of disgust in the face to help treat symptoms of Obsessive-Compulsive Disorder, OCD.

Your Body, Your Choice

As always, we’re giving you this information and viewpoints so that you can make the best decisions for your personal needs.

Only you know your body and the pros and cons are for you to weigh out.

If you are considering getting Botox – do your thing! Just be sure to do adequate research beforehand, read plenty of reviews, and find the best possible practitioner in your area.