14 Amazing Facts About the Woman’s Body 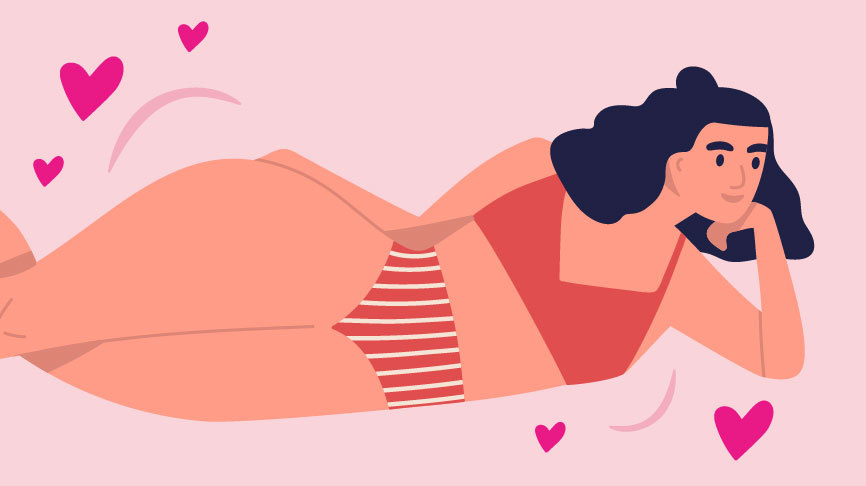 Vagina acid is about the same acidity as tomatoes.

In scientific terms, that’s about 4.5 on the pH scale, compared to the neutral number, 7. Did you know that your vagina has a self-regulating microbiome? That’s why doctors don’t recommend douching or other attempts at trying to alter your vaginal pH.

The clitoris has double the amount of nerve endings as the penis.

Yes, it’s true. The vagina has over 8,000 nerve endings. So if you’re going to get on our nerves, get on one of them! That’s why a majority of women (more than 75%) orgasm through clitoral stimulation. Unlike the internal genitalia, it’s sole purpose is pleasure.

Kegel exercises aren’t just for women who have given birth.

It’s no doubt that birth weakens the pelvic floor, I mean, your cervix goes from the size of a pear to a watermelon. Buuut– kegel trainers can also help rebuild muscles to avoid bladder leaks, and more excitingly, create stronger orgasms. There are also “smart trainers” like the KegelSmart, that have vibrating guided programs to more effectively aid your workout.

Both men and women release oxytocin when experiencing extreme stress. When this oxytocin combines with female estrogen, it makes women calmer. When it mixes with testosterone, it makes men aggressive. Maybe don’t point this out to a male partner during times of stress though.

The average bra size is 34DD.

Okay, I like my boobs, but I didn’t realize how under-average they were. Then I realized that weight gain and (of course) plastic surgery affect boob size, which is why the average two decades ago was 34B.

Your vagina is about as long as your tongue.

An average vagina is about 10 centimeters tall (4 inches). You’re probably wondering how tall yours is. To measure, place a finger into your vagina and move it upward until it hits the cervix (or firm tissue). Measure this distance, and if it falls in the average range, the Lily Cup One could be great for you, and if it’s above average, the longer-stemmed Lily Cup might be a better fit.

You can have sex with a menstrual cup in.

Let’s first clarify, NOT JUST ANY CUP. Intimina created the Ziggy Cup with the purpose of mess-free periods in mind. We’re all for old-fashioned period sex, but if you’re in a rush or tired of cleaning your sheets, the Ziggy Cup is designed to accomodate penetration. Harness all the benefits of period sex paired with the money-saving and earth-friendly benefits of a menstrual cup. They are no longer mutually exclusive!

Your cervix is a non-smoker.

That’s right, your vulva also wants you to drop the bad habit. Smokers are twice as likely to develop cervical cancers when compared to non-smokers, simply because cigarettes cause weaker immune systems overall.

Disney was the first company to use the word “vagina” in a film.

In 1946, Disney released an educational video called “The Story of Menstruation”, which discusses the scientific anatomy of female genitalia and how it changes through the period cycle. Check it out on YouTube, it’s pretty dang accurate and way beyond its time.

The female brain contains more language and hearing neurons, which means women hear better than men and can recognize a wider range of emotional tones. Another reason to back the natural ability to nurture?

The “vulva” is probably what you mean to say when using the term “vagina”.

The definition for vagina is quite literally the “muscular tube leading from the external genitals to the cervix of the uterus.” So when you’re talking about the external parts, like your clitoris or labias, the all-encompassing term is vulva.

It’s not as scary as it sounds. Especially when you analyze the fact that a bigger clitoris most often means better orgasms. The clitoris can double in size after menopause, and women who have given birth typically have larger clitori. If I asked you to draw a picture of your vulva, would you know what it looks like? You should check it out sometime.

Protruding, the most common, followed by flat, puffy, and inverted. Unsurprisingly, there are fetishes for each of them.

Women are more likely to get cold feet.

No, we’re not talking about leaving our partners stranded at the aisle on wedding day. Physically, women are more likely to have cold feet because men’s blood flow is spread fairly evenly throughout the body whereas women’s is concentrated through the lower extremities.

Zora Lasić is a health and wellness writer, digital marketer and leadership nerd. When she’s not busy brushing up on the latest clinical trials and looking into the legitimacy of scientific studies, you can catch her experimenting in the kitchen or being a little too competitive playing outdoor sports. Before becoming a full-time writer, she received her BS in Business and MBA in Marketing.