Gender Bender: Reproductive Care Outside of The Binary 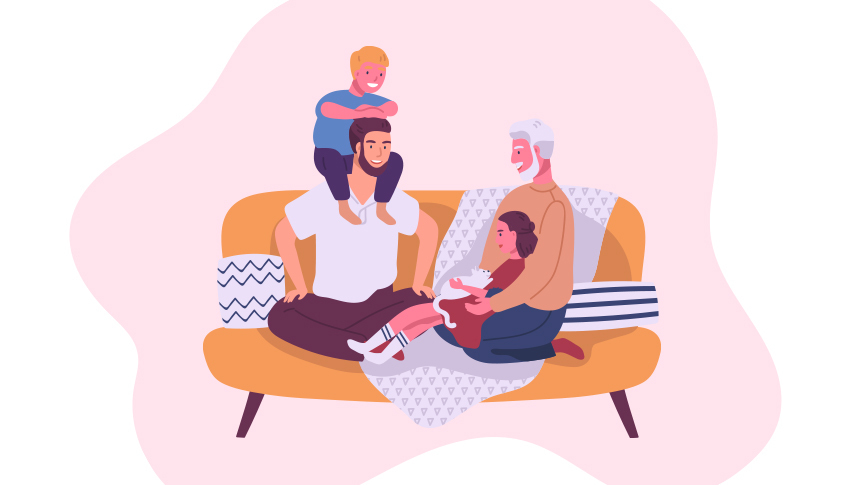 Men and women. These are the options we tend to see when filling out paperwork. These are the options for telling someone what your gender is. There are many people however, who don’t fall into one of these specific categories. For those who fall outside of the “gender binary”, navigating reproductive health care can be tricky, triggering, and sometimes- traumatic.

One of the first steps to understanding the many nuances of gender, is to educate yourself. Knowing these terms is necessary in order to understand how they fit into the reproductive health care conversation.

People whose gender is the same as their sex assigned at birth are called cis-women, or cis-men.

One of the more commonly known (yet widely misunderstood) examples: transgender. Transgender, or “trans” people have a gender identity that is different from the sex assigned to them at birth. Trans people may take hormones as a means of transitioning. Some also undergo sexual reassignment surgeries. These are incredibly personal decisions, and do not determine whether or not someone is trans.

Some people do not relate with one specific gender, but a combination of male and female qualities, behaviors, and energetics. They may use terms like “gender nonbinary”, “genderqueer”, or “genderfluid”. Their gender identity may fluctuate from day to day, and they aim to honor the many aspects of themselves, and what makes them human.

Not everyone identifies with her/him, and one of the biggest ways people, especially healthcare providers, can honor their patients is by using the right pronouns. Some commonly used pronouns by non-binary people include they/them, ze, zer, xe and whatever else feels appropriate for them.

While people will often make the excuse that it’s too complicated to use alternative pronouns, imagine being a person who is constantly being misgendered, or misidentified. Using someone’s chosen pronouns allows them to be seen for all that they are.

You can imagine how a misunderstanding, or unacknowledgement of someone’s gender can influence their ability to access competent healthcare. Healthcare providers need to be well versed in this information. And while it shouldn’t fall on the shoulders of the patient, in today’s society people need to understand how to advocate for themselves. Which is much easier said than done.

Genders outside the binary are unfortunately not always accepted. Past traumatic experiences due to descrimination in health care often prevents people from accessing it when they need to. This can leave underlying health issues unaddressed.

Reproductive health care is not just a women’s issue. People who do not identify as women have periods, they have babies, abortions, miscarriages, use birth control, and go through menopause. We need to shift our language and practices to be inclusive of everyone and their experiences.

How Can We Do This?

Reproductive justice means recognizing someone for the who they are no matter where they fall on the gender spectrum, and providing stigma free health care. This could be anything from STI testing and treatment, to pregnancy and abortion services, to understanding how hormone treatment may interact with other areas of someone’s health.

With the disturbing prevalence of hate crimes and assault targeted at LGBQT+ people, it is common for them to come into the healthcare space with a base layer of trauma. Trauma informed care is crucial in this conversation. This means asking patients if there’s any information they want to disclose, holding the intention of a safe space (it’s up to the client to determine if they actually feel safe), and providing emotional support outside just medical professionals, like a doula.

When discussing products for menstruation, simple shifts like using “period products” or “menstrual care” versus “feminine hygiene” widens the conversation for people with vaginas.

Trans men and gender nonbinary people with vaginas also choose to reproduce. There is a tendency for non cis-women who are pregnant to have their experience overmedicalized. Sometimes this is necessary for various reasons, just as it is for cis-women. Low risk pregnant people are still eligible for vaginal births, home births, and whatever care is physiologically and emotionally appropriate for them and their families.

When navigating pregnancy, hiring a doula, or finding a volunteer one who is well versed in LGBTQ+ healthcare, can help pregnant people understand their options, provide education, and show them how to advocate for themselves within the healthcare system.

Sticking with the theme, the language around pregnancy and birth needs to expand as well. Using “pregnant people/person” instead of woman sets the tone for inclusivity. Instead of vagina, people may use “birth canal”, “front hole”, and so on. Breastfeeding and breastmilk may instead be referred to as “chestfeeding” and human milk.

This is a much bigger conversation than we can fit in one article. If you would like to learn more about gender outside of the binary, we encourage you to reach out to people on social media and online. Most importantly: listen. Listen to people’s experiences. Listen to the language they use to talk about themselves and their bodies, and reflect it.

If gender is something that you’re exploring personally, it’s normal to feel confused. Know that you are not alone, there are so many people and resources out there that want to provide you with information and support.

1 thought on “Gender Bender: Reproductive Care Outside of The Binary”