Hormonal Birth Control and Your Brain: Effects on Mental Health 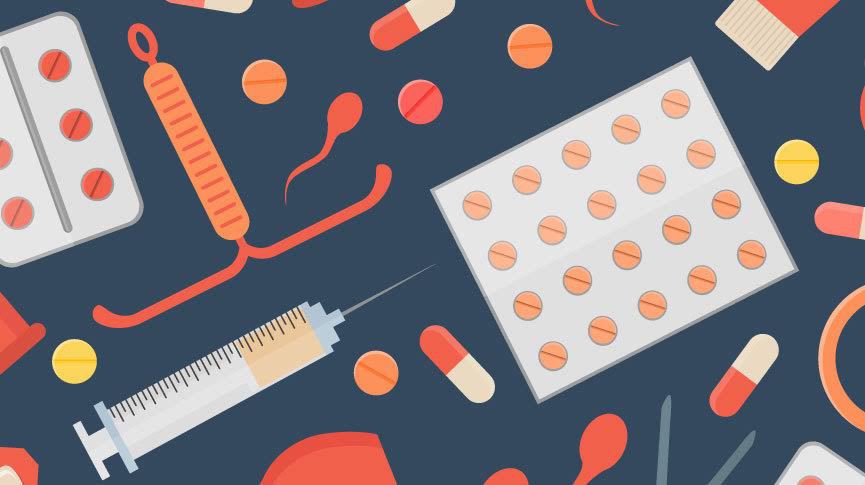 Hormonal birth control. If you’re a woman living in a developed nation in this day and age, chances are that you have most likely been on some form of hormonal birth control at one point in your life. If you haven’t, then you definitely know someone who has. In the United States, and many other countries- it’s given out like candy.

Doctors prescribe it as soon as a teen starts having sex, oftentimes before. They list contraception, cramps, acne, and period management all as justification for the widespread usage of hormonal birth control. Sometimes it’s given to young teens as soon as they start menstruating- as a means to regulate their periods.

According to statistics from the United States Center For Disease Control (CDC) of women ages 15-44: 15.9% are on the pill and 8% use an intrauterine device or contraceptive implants. Worldwide statistics are difficult to find, as there is not enough of an emphasis on women’s health in science.

Available information typically only reflects the usage of contraception amongst women who are married or “in union”. Which does not give an accurate representation of the actual amount of women who utilize hormonal birth control.

While the growing accessibility of HBC shows how the world has progressed in terms of women’s sexuality and their ability to have control over their reproductive cycle, there is a lack of research and understanding of the long term effects of it.

A common story you hear again and again is of a woman going on birth control. After a few months she notices that she’s been in a slump, maybe even depressed, but is unsure as to why. She tries out various methods to help treat her depression, with no luck. Finally after some time, she tries going off her birth control- and just like her mood stabilizes.

Another common scenario is a woman who has been on HBC since she was a teen or young adult, and decides to go off of it. As soon as she does, a cloud lifts that she didn’t even realize was there.

The United States National Institute of Mental Health reported that women are 70% more likely to develop depression than men, and 60% more likely to experience an anxiety disorder. These staggering statistics combined with the widespread use of HBC make you wonder. What’s going on? Is there a link between hormonal birth control and mental health issues?

Depression is listed as a less common but serious side effect of oral contraceptives. Although they say the risk is low, it is still acknowledged as a potential, yet devastating outcome of taking HBC in the form of the pill.

The most comprehensive study examining the link between HBC and mental health was a longitudinal study in Denmark dating from 1996 to 2013. This study found that the risk of suicide increased rapidly after initially starting HBC, compared with those who had never used it. While the risk decreased after the first year of use, it still remained higher after seven years of use than with those who had never used it.

This same study found a higher risk in users of progestin only products, like the patch and vaginal ring, versus products with a combination of hormones. This suggests that elevated levels of certain hormones may indeed have a negative impact on women’s mental health.

It’s important to point out that this study, while important, only examined mental health in terms of suicide or attempted suicide. Mental health disorders come in all different forms, and suicide is not the only indication of someone who is suffering.

One study is not enough to draw conclusions from, and is not representative of the use of HBC amongst women throughout the world. While medical data barely shows a correlation between HBC and mental health issues, there are countless women who believe it to be true based on their own experience. Just because the data is not there, does not mean the link doesn’t exist.

Logically, it makes sense; anything that changes the natural rhythm of our bodies has the potential to throw it off in other ways- especially emotionally. We need more studies examining the role of hormonal birth control on mental health, and on women’s mental health as a whole.

It’s frustrating to live in a world that seems to discount the reality that so many people live in, so I encourage you to discuss your experience with a professional as well as people you feel safe with.

At the end of the day, you know your body best. Trust your natural understanding of your own needs and fluctuations, just because the data isn’t there- doesn’t mean your experience isn’t valid.

There is no one method fits all. Hormonal birth control may be a great option for you, especially as there are a growing number of options available. But due to a lack of research, the only way to know what will work for you is to try it- under the supervision of a doctor of course.

If you or someone you know is suffering from mental health issues, please seek professional help. You are not alone, healing is possible, mental wellness is your birthright.