8 Ideas to Survive Your Period 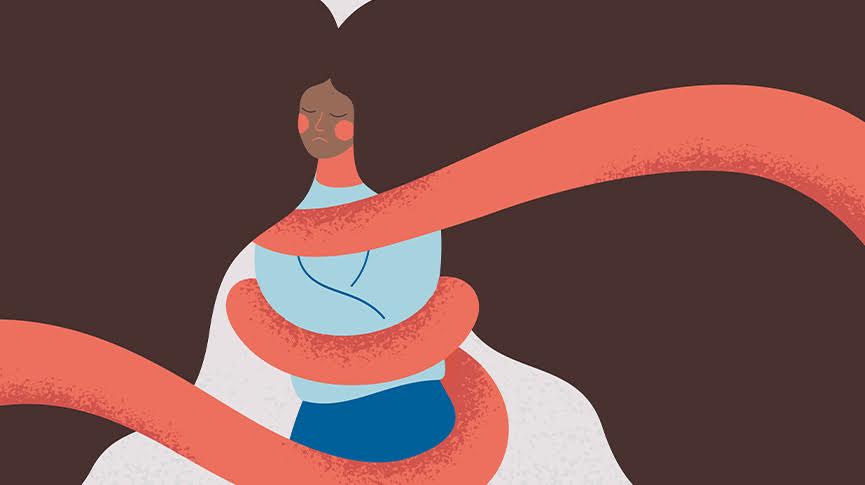 Okay, war is an over exaggeration, but to be fair a lot of people disregard the validity of menstrual side effects because they’re mostly internal.

As a woman who has pretty easy periods (don’t stone me please), I’m fully aware that a lot of women experience very real and very unpleasant cramps, pains and emotional swings EVERY MONTH.

The British Medical Journal recently conducted the largest cohort study about menstrual-related symptoms on over 32,000 women ages 15 to 45. They found that almost 14% of women reported absenteeism due to menstrual side effects and 33% less productivity—which is subsequently attributed more so to presenteeism.

Task-flexibility from employers may be the way the future is heading as more and more women be honest about why they’re missing work. But in the meantime, let’s talk about preparing ourselves for our next leak.

Period products have come a long way (I mean, can you imagine using cloth or diaper-like products with your current routine?), yet we still find ourselves in the stall thinking “oh sh!t.”

Even if you’re tracking your period closely through an app or think you can recognize your premenstrual symptoms quite easily, it’s likely you’ve been caught by surprise before.

Menstrual cups are a great reusable product that cover all the bases. You don’t have to worry about stocking up on pads and tampons for the zombie apocalypse, plus they come in collapsible options that are about the size of a box of floss. It doesn’t get more discreet than that.

Want to know the importance of water? You can survive up to three weeks without food, but more than three days without water is fatal. According to ORC International, nearly 80% of people admit to not drinking enough water.

The “why?” question is even more interesting.

Forty-two percent of people say they simply don’t feel thirsty. To combat this, keep a water bottle near you at all times. Keep one on your desk at work, or in your school or gym bag. Don’t forget one on your bedside table too. In this case, bigger is most certainly better so you don’t have the excuse of not filling up when you run dry (24oz or 708ml is good for starters).

The second most common reason people don’t drink enough water is because they stay hydrated with other beverages. While coffee and tea are probably your morning go-to’s, start with swapping at least one cup out with flavored water.

By “flavored” we mean with some fruit slices, not sugary additives that can induce more cramps and bloating.

Staying hydrated also combats hormonal breakouts, especially for those who are prone to psoriasis and eczema. Water aids circulation, digestion, and flushes your body of toxins. We also have a tendency to get hunger and thirst confused, so if you’re between meals or feeling snacky, try drinking a glass of water until it’s actual hunger that you feel and not thirst or boredom.

Tracking your period is smart for a number of reasons: medical documentation, fertility planning, pregnancy avoidance—or maybe you’re an organizing fanatic. Think of all the times you’ve gone to the doctor or gynecologist and the nurse has asked you the start date of your last period.

Chances are you’ve given them an estimated answer, but your cycle can closely attribute to a lot of changes that are occurring in your body, from aches to skin issues to differences in discharge.

While there are apps geared specifically for fertility tracking or ovulation, a great general one for periods is Clue. It’s available for free and has a simple and straightforward interface for those who just want to track their period or those who want to note each symptom they’re having.

You can add information about the heaviness of your flow, side effects, emotions, quality of sleep, sex and more. It also compiles your data overtime and gives you an analysis for your cycle, which comes in handy dandy when talking to your gyno.

Orgasms have a long list of health benefits, including easing period cramps and aiding better sleep. It can also lead to shorter periods because sex opens up the vaginal cannal to let out fluids. If bloody sex makes you weazy, have no fear! There are sex-friendly menstrual cups that are pro-fun and anti-mess. I guess the real question here is, what can’t you fix with an orgasm?

While we neglect sleep any day of the week, the consequences are especially harmful to our productivity during menstruation. According to a National Sleep Foundation study about women and sleep, almost 70% of women report having trouble sleeping during their periods and the days leading up to it.

This is due to the fluctuation of hormones like estrogen and progesterone that take place during every cycle.

So to answer the question: do women need more sleep on their periods? Not necessarily more, but we should be striving for the best quality of sleep possible. This means enforcing a regular sleep schedule, avoiding electronics right before hitting the pillow, cutting out afternoon caffeine, and exercising during your period.

If you’re still having trouble sleeping, supplemental melatonin could be your life-saver.

According to a study published by the Birmingham Medical School about exercise and dysmenorrhoea (cramps), there actually isn’t much empirical evidence that working out can help combat painful menstruation.

While this may sound like an excuse to give into that week-long sluggish feeling, the truth is that fatigue and low-energy don’t actually happen during our periods, it happens between ovulation and the start of your period.

It’s also important to note that there’s simply a lack of scientific research on anything menstrual or vulva related.

Despite the fact that there’s still a big question mark when it comes to exercise curing cramps, there are still benefits to working out while menstruating. First of all, it can distract you from the pain by focusing your energy into something constructive. It’s also proven to enhance your mood, because, as Elle Woods taught us, “Exercise gives you endorphins. Endorphins make you happy.”

So try a gentle exercise like walking, dancing, or yoga, to see what works best for you and your body.

Your period “diet” probably revolves around bananas (for cramps) and chocolate (for happiness), but the truth is there’s a lot of science behind which foods can help you combat period symptoms during different stages of menstruation. We can break up your cycle into four main phases: the menstrual phase, the follicular phase, the ovulatory phase and the luteal phase.

During the menstrual phase (~3 days), estrogen and progesterone dip, along with low levels of iron. It’s recommended to incorporate leafy greens like spinach and kale during this phase. But have no fear! As boring as that sounds, dark chocolate is also encouraged.

During the follicular phase (~8 days), the body is preparing for ovulation which means estrogen is at its lowest. It’s recommended to eat high protein meats to supplement low iron levels.

During the ovulatory phase (~2 days), your hormones are peaking in order to release the egg. It’s important to support the liver with anti-inflammatory foods like veggies and nuts.

Finally, we have the luteal phase (~10 days), your body is weaning of estrogen, and in order to fight fatigue and low libido, add fiber-rich foods like pumpkin seeds, whole grains and carrots.

Maybe it’s easier to discuss foods you should probably try and avoid. Sugary and salty foods make your body dehydrated, which enhances the bloated feeling that already accompanies period symptoms. And while knocking out those two types of foods sounds restricted, you can still eat carbs and protein while drinking plenty of water to keep you feeling good.

Look, there are a million recommendations on how to live the “right” way. In the end, you find what works best for you and your long-term health without compromising your happiness. We often enter these lifestyle changes or “diets” with harsh guidelines, and if we give in (because, hello, we’re human!), then we give up.

You can still enjoy your comfort foods now and again and acknowledge that you’re improving your life overall.

A better way to approach a diet (this term kinda sucks because it’s related to a toxic culture) is to focus on incorporating new foods into your meals instead of eliminating current ones. It’s a much more viable mentality for health longevity and it also helps in approaching period mood swings.

If you want to eat the chocolate bar, eat the damn chocolate bar—but do it guilt-free! If you hold on to guilt, you’ll stumble down a rabbithole that influences your following decisions in the same way.

Be nice to that badass body that gets you through your cycle every month. It’s a well-oiled machine and you should be at least a little bit proud of the wonders it does.

Zora Lasić is a health and wellness writer, digital marketer and leadership nerd. When she’s not busy brushing up on the latest clinical trials and looking into the legitimacy of scientific studies, you can catch her experimenting in the kitchen or being a little too competitive playing outdoor sports. Before becoming a full-time writer, she received her BS in Business and MBA in Marketing.