Between October 26 and November 8, there are several days of recognition centered on people who are intersex. What is intersex, and why does it need not one, but several days of awareness?

What Does Intersex Mean?

While your high school biology class may have lead you to believe that everyone is born neatly into the category of ‘male’ or ‘female’ with XY or XX genes, that isn’t strictly true. (Like a lot of what we learn in elementary and high school, complex topics are often simplified for the purpose of learning the basics that you can build a more complex understanding of later.)

In terms of genetic makeup and physical representation, biological sex is actually a range of expressions, with the ‘standard’ male and female sitting at either end of the continuum. Formerly and/or casually, these alternative sex expressions might have been called ‘hermaphroditism,’ however the term intersex is preferred now as it’s more accurate.

Okay, But What Does it Actually Mean if Someone is Intersex?

Intersex is an umbrella term used to describe a wide range of natural variations that affect a person’s genitals, hormones, chromosomes or reproductive organs, and while some of these characteristics are visible when they’re born, some don’t appear until puberty, and some aren’t physically apparent at all.

Could I Be Intersex?

Possibly! Because so few people ever have occasions to have their chromosomes checked, it’s possible you could be intersex and not even know it.

It’s estimated that some 1.7% percent of the population has some characteristics that would make them intersex (similar to the population of redheads) but it is to be noted that this number includes conditions such as Klinefelter syndrome, Turner syndrome, and late-onset adrenal hyperplasia, which some physicians might not consider truly intersex.

It may not be likely that you are intersex, particularly if you have gone through a fairly standard puberty experience, but it’s worth recognizing that being intersex isn’t as rare as assumed, and it doesn’t look the same for everyone.

What Sort of Issues Do Intersex People Face from Society?

One of the main reasons that Intersex Awareness Day exists is to help people understand what being intersex means. And part of that is showing that being intersex isn’t something that needs to be ‘fixed.’ Unfortunately, due to stigma and lack of understanding, many infants are subjected to ‘corrective’ surgeries and often aren’t even told that they are intersex.

Another issue is that some countries are considering legislation that creates two gender categories (as gender and sex can be confused as the same thing by many people) that are static, which erases a portion of the population. 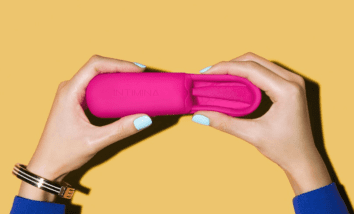