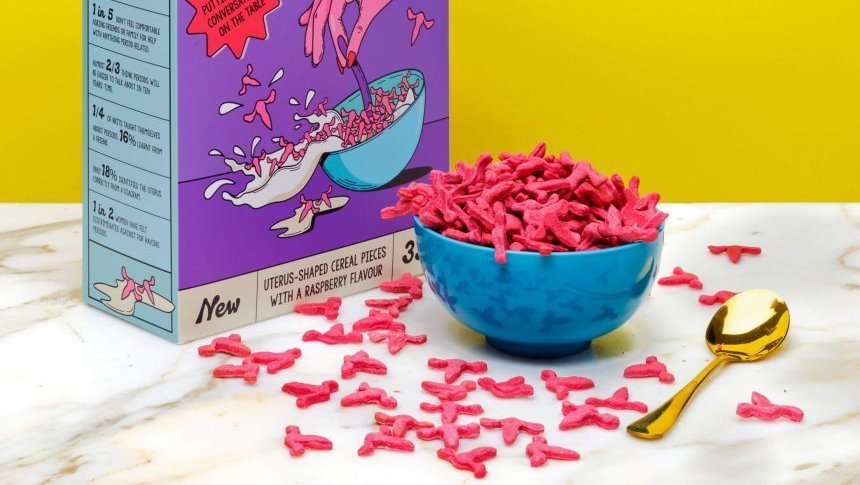 In order to fight the stigma around menstruation, it’s important to talk about it! A unique menstrual-themed breakfast cereal called Period Crunch has been created to raise awareness of the lack of conversations about periods in the home. Every piece of the statement-making cereal resembles a uterus and has been released by INTIMINA as part of our campaign to encourage more dialogue about menstrual health.

Namely, despite the leaps and bounds made in normalizing period conversations, half of the people (48%) remain too embarrassed to talk openly about menstrual matters. What’s more, over three quarters (77%) have never talked about anything to do with menstruation at the place where the whole household regularly sits down and talks together: the kitchen table.

Every piece of INTIMINA’s raspberry-flavoured cereal accurately resembles the structure of a uterus and the milk even turns red once poured into the bowl. The cereal has been uniquely designed to act as a conversation starter for people of all ages and put the spotlight on the ongoing social barriers around period conversations. 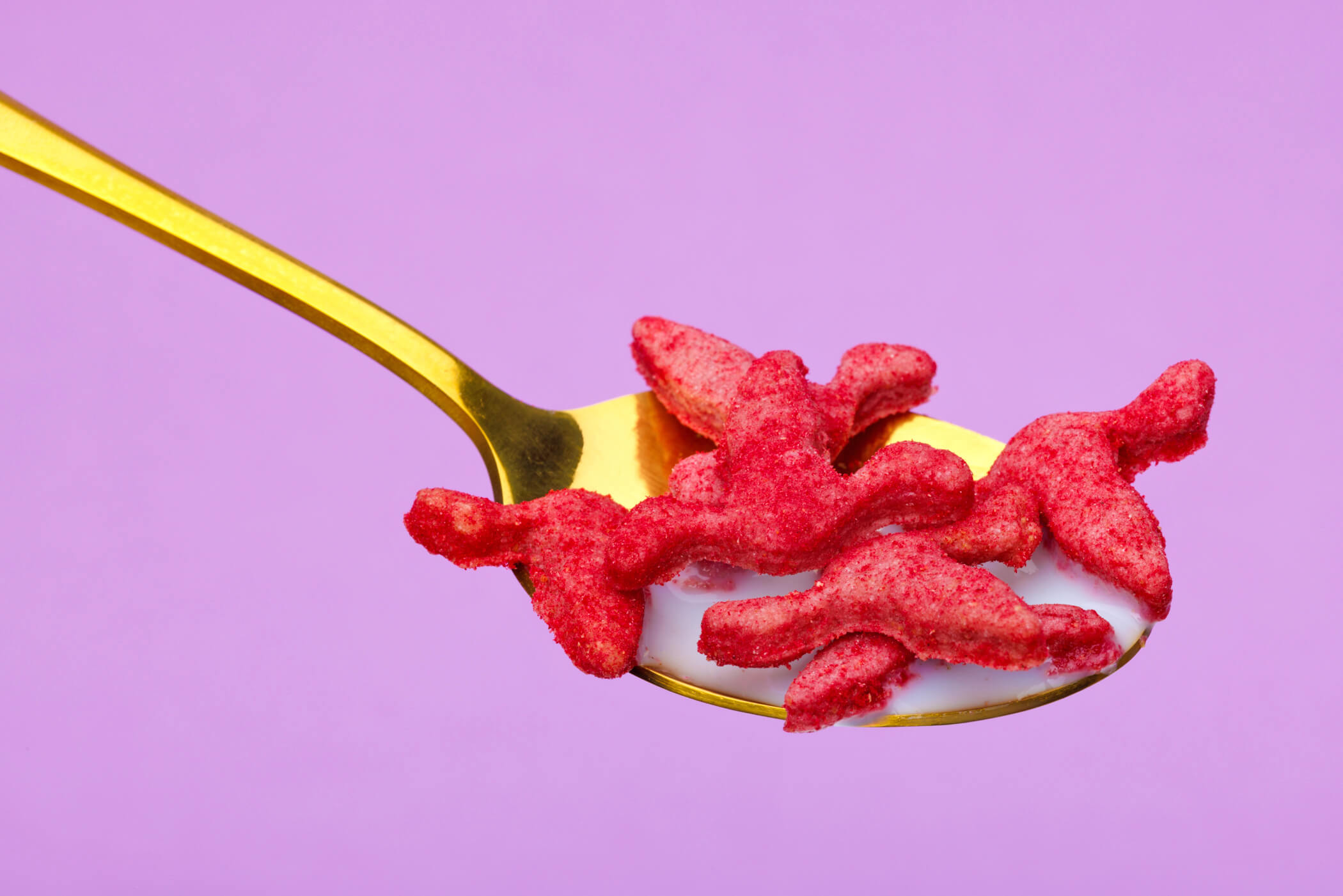 “Periods are normal and talking about periods should be normal. But because of the ongoing stigma around menstruation, period conversations remain difficult and embarrassing for people, even with loved ones. There’s no more normal and everyday a scene than the whole household sitting down together at the kitchen table and talking over a meal. And if period conversations were truly normalized then they wouldn’t be off this table – or off any table for that matter. But as our research shows, conversations about periods at home are few and far between. For the sake of our physical and mental health, we need to talk more about our menstrual health – and that’s what Period Crunch cereal is designed raise awareness of and make a statement about.”, said Danela Žagar Intimina’s global brand manager.

Gynecologist for INTIMINA, Dr Shree Datta, adds: “I’m delighted that INTIMINA has taken the bull by the horns and developed Period Crunch to help raise awareness of the ongoing social stigma around periods. Periods are a natural part of who we are, so it’s deeply concerning to hear that so many people remain uncomfortable discussing them when they are just another part of our health.

It’s heart-breaking to hear that 25% of people have taught themselves about periods when there is support available. I look forward to Period Crunch kickstarting some difficult conversations and breaking down barriers over the breakfast table.”

INTIMINA created Period Crunch as part of its ongoing Seen + Heard period positivity campaign that aims to increase the visibility of menstrual wellbeing across the world, normalise conversations about menstrual health, tackle stigma and bias, and raise awareness of intimate health conditions. Period Crunch follows ‘Period’: a collaboration in 2020 between INTIMINA and Pantone that saw the creation of a shade of red emblematic of a healthy menstrual flow and ‘The Wait’: a film that sees eight-year-old children use their age to give a voice to people that waited eight years or more for an endometriosis diagnosis.

To register your interest in receiving a box of Period Crunch, please email periodcrunch@thisiscow.com.

15 thoughts on “Intimina Brings Period on the Kitchen Table!”