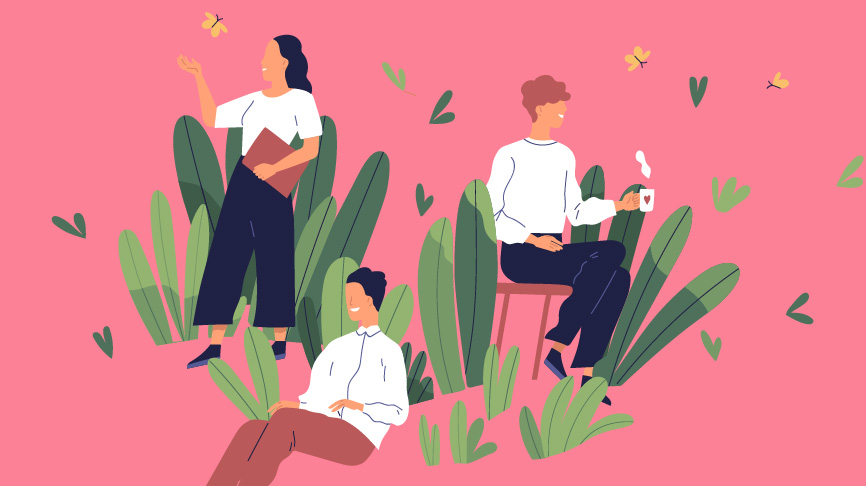 Boners. Erection. “Hard”. We all know these terms, and typically leave them for those with penises. A little known fact, is that a woman’s reproductive anatomy is also full of erectile tissue. Astoundingly, according to longtime midwife and legendary sex educator Sheri Winston, women have just as much erectile tissue as men. It’s just arranged differently, because well- we have different anatomy. Mind blown? Just you wait.

As society becomes more comfotable with women’s sexuality, and sex as a whole, more and more people are stepping up to the plate. They are speaking up about just how much sex has been shushed for women, and opening the doors for their capacity for pleasure.

A huge part of making space for women to experience more sexual pleasure, is providing more knowledge and education on their anatomy. How can we expect women (and men for that matter) to deepen their sexual knowledge, if they don’t know how their bodies work?

They don’t get this information from general sex education in school. They’re probably not getting it from their parents- who may not know themselves.  And it’s barely talked about in the scientific community. While the conversations around women and sex is expanding rapidly, they need more information, and they need more research.

These days, much of the conversation around women’s sexual pleasure is focused on the clitoris. While this incredible hot button definitely packs a punch (and gets the job done), there is so much more to the female erogenous zones.

When they talk about the clitoris, they are typically referring to the small exposed knob, called the glans, where the top of the labia minora meet, just above the urethral opening. This overemphasis on the clitoris neglects to acknowledge the incredibly complex system that makes up the circuit of female arousal.

A 2009 study published by The European Journal of Obstetrics & Gynecology and Reproductive Biology explains how the male and female genital organs are identical in utero until about eight weeks gestation.

Men and women (and anyone in between) are nearly the same until two months into pregnancy- of course it makes sense that we have the same amount of erectile tissue. It just happens to look and operate a bit differently.

This seems like common sense, but sometimes it needs to be mapped out. This study concludes that the homogeneousness, aka sameness, of the female and male erectile tissue should be the basis for the conversation around women’s orgasms.

Should we say it again? Women have just as much erectile tissue as men. Period. Although a “lady boner” may not be as obvious as that of a male’s, there is noticeable engorgement during sexual arousal.

While a male erection is necessary for penetration, it’s not technically necessary for women. That doesn’t mean it shouldn’t happen.

Much of the discomfort that many women experience during penetrative sex, comes from a lack of time. Female arousal and engorgement of the erectile tissue takes time. It takes a feeling of safety. It depends on who they are with. What time of day it is. Where they are. And how they’re feeling overall.

There are so many variables that come into play that need to be taken into account for a woman to become fully aroused.

All these things build up to create a physiological feeling of safety in the body. A necessary step for the hormonal cascade that leads to female arousal.

Now that you have the facts, you are invited to explore this in your own body. If you’re comfortable doing so, using a mirror to get to know your genitals can be an incredible experience. Observing yourself throughout various stages of arousal, will give you a better idea as to what your body needs to reach different states.

By paying attention to your anatomy, you will see how your erectile tissue engorges and changes throughout a sexual encounter- even with yourself. You can even do this with a partner. Allowing them to see the magic that the female body undergoes throughout arousal.

Practicing and observing throughout the month, and at different times of the day, allows you to see how your body responds during different points of your cycle. Try journaling about your experience to notice patterns, so that you can come to a deeper understanding of your body.

A gentle reminder: Sex is not about orgasms. They are nice, incredible, ecstatic even, but this extra pressure to “achieve orgasm” often distracts from the ability to feel the waves of pleasure in each moment. Slow down, take your time, come into your body, and experience the magic that unfolds.