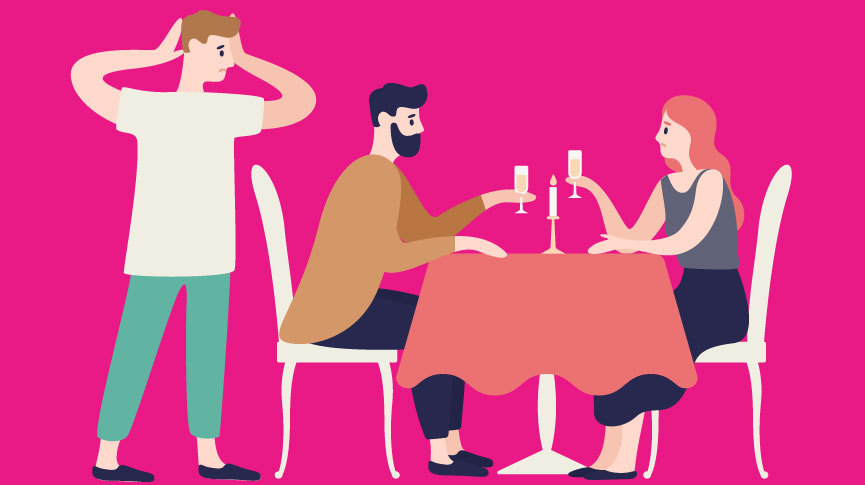 It’s the 21st century, and we’re here to dismantle the habits and patterns that are meant to keep us in tiny boxes. Especially when it comes to love and relationships.

While the acceptance of polyamory is relatively new in the Western world, it’s as old as history. People have found variations of polyamory everywhere from ancient Egypt, to Greece, to Nepal, Mesopotamia, and even in the bible.

Polyamory gets a bad rap because in a lot of cases, it came with a side of oppression- almost always towards women.

But that wasn’t always the case, and in the renaissance that is currently evolving our views on sex and love- polyamory is getting another chance.

Although it may seem hush, the desire for non-monogamy is pretty widespread. A 2016 survey, found that 31% of women and 48% of men said that their ideal relationship involves some form of ethical non-monogamy. While that doesn’t necessarily mean they’re practicing it, the curiosity is there.

For starters, here’s a glossary to familiarize yourself with popular polyamorous lingo:

Variety Is The Spice of Life

The ways people put polyamory into practice differs from relationship to relationship, and maybe constantly shifting or evolving.

Some people will have their core relationship, often called their “primary partner” and then be dating other people outside of that.

There could be a group of people, where they are all in a relationship with each other. For some couples, they’re cool with having sex outside of their relationship, but not developing it deeper. For others, they make room for deep emotional connections outside of their main partner, but sex is off the table.

People are creative, and so are the ways they relate to each other. Putting no limit on the possibilities of polyamory. Except maybe time.

One thing we can learn from polyamory is the importance of communication. For people to have a truly evolved polyamorous relationship, they also need to hold the utmost respect for each other. In order to develop and maintain that respect, everyone in the dynamic needs to have a crystal clear understanding of what’s going on.

Another central component to polyamory is radical freedom.

Freedom to respect the individual needs of each person, and their partners. Within the idea of radical freedom, is the importance of human connection, and how dynamics between individual people can offer distinct things at different times.

The point of polyamory isn’t to sleep with as many people as possible, or to find a way to avoid commitment, it’s about not putting limits on the emotions we can develop for each other as humans.

Ok, while we’re here, we may as well put some common polyamory myths to bed.

We’re not here to argue for any sides, we’re here to broaden your ideas of what’s possible when navigating the (often confusing) waters of romantic relationships.

Relationships are tricky no matter who you date, and how many partners you have. But they are so incredibly rewarding. Polyamory is not for everyone.

We all have different boundaries, needs, and comfort levels. And we shouldn’t sacrifice those for the sake of trying to keep a relationship alive. Life is too short. If you’re curious, let yourself explore the many different ways you’re being called to relate with other people.