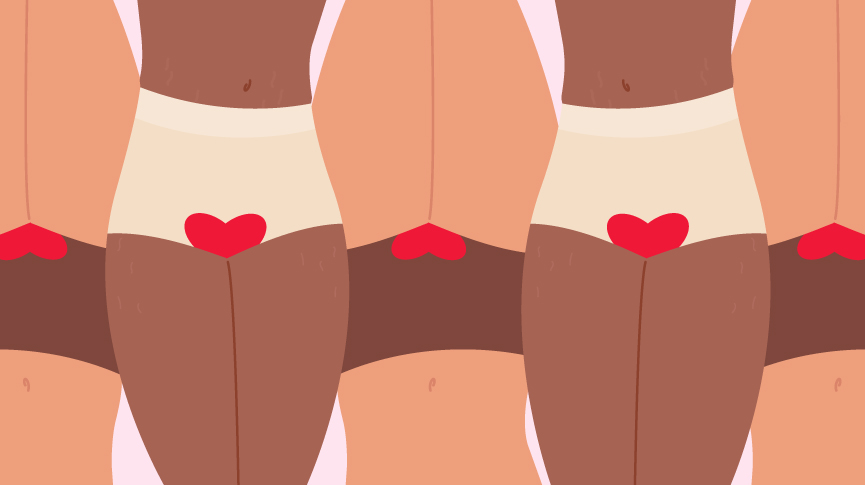 What do a painter-decorator, a strawberry farmer, a shark scientist, an aunt named Flo, a lingonberry jam producer, a surfer and a military historian have in common? They’re all ‘human period euphemisms’. And now, in partnership with INTIMINA, this unlikely group of embodied menstrual slang have come together across the world to call for an end to harmful period euphemisms.

While they may seem harmless, using euphemisms to describe menstruation discourages open conversation and perpetuates the stigma and taboo surrounding periods. Many of the euphemisms used around the world have negative connotations that associate menstruation with shame, leaving generations of women feeling like they need to hide their periods and avoid discussing their menstrual health.

As part of its ongoing mission to normalise periods, wellbeing brand INTIMINA felt that the best people to fight period euphemisms were period euphemisms. That’s right, a collection of real people that embody menstrual euphemisms are the faces of a global movement urging everyone to call periods, periods.

The unusual ensemble of embodied euphemisms, and the slang they symbolise, are as follows (full biographies in the notes to editors):

This global group have starred in a striking short film seen here, where each human period euphemism can be seen engaging in an activity related to the euphemism they represent, before saying the slang in their language. The film ends with a powerful call to arms, as INTIMINA’s cast urges all other human period euphemisms as well as the entire global population to call time on damaging slang terms and instead call a period a period.

Human period euphemism Justin Bowen, a painter-decorator at Justincredible Plastering, comments: ‘In my industry, people don’t talk about periods. It wasn’t until my partner passed away and I was left caring for a young daughter that I realised the importance of open conversation around menstruation. Now, as a husband and father, I feel a responsibility to help break down the stigma. I’m proud to be a part of this campaign for INTIMINA – it’s a cause close to my heart. I’m a period man now!’

Dunja Kokotović, INTIMINA Global Brand Manager, comments: “Periods are normal, but with over 5,000 euphemisms used around the world, we still have a long way to go when it comes to normalising open conversation about menstruation. INTIMINA has created Just Say Period to shine a light on this issue and make steps towards eradicating the stigma by stimulating open dialogue about menstruation.”

Gynaecologist for INTIMINA, Dr Unsworth, comments: ‘I am delighted that INTIMINA is taking a stance on such an important topic. Using euphemisms to describe periods perpetuates the longstanding stigma around menstruation, and many euphemisms have very negative connotations stemming from patriarchal ideology that associates menstruation with shame. Continued use of such euphemisms results in new generations of women feeling unable to talk openly about their periods, which can often cause delays in them seeking help when they are having difficulties. There should be no shame in using the term ‘menstruation’ or ‘period’, as over 50% of the population will experience them, and the remaining 50% would not be here without them!”