I thought I Was Done! Postmenopausal Bleeding 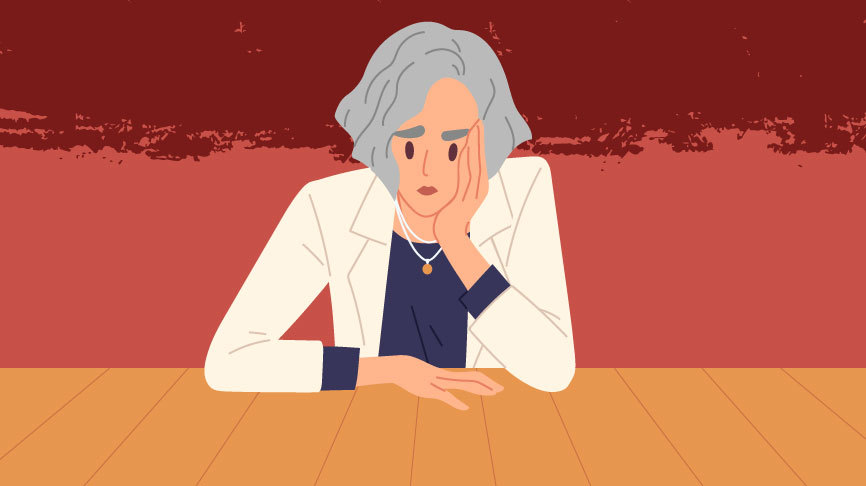 Ah the beauty of menopause. Despite the backwards ideas we have around aging in many western societies, menopause comes with a variety of gifts and is something to be celebrated. Much like menarche.

As always, the female body is full of twists, turns, and surprises. For some women, just when they think they’ve finally passed the crimson tide for good – surprise! A random onset of bleeding, or spotting.

What gives? I thought my ovaries retired to a leisurely beachfront condo.

Post-menopausal bleeding could be caused by a variety of reasons. So let’s take a look at just what the deal is when it comes to surprise bleeding.

About 4-11% of postmenopausal women experience some sort of bleeding. For most people who do bleed after menopause, it occurs within the first year, and chances become less and less the longer someone has been in menopause.

Having said that, on average, people with endometrial cancer typically develop it in their 60’s- when they’ve most likely been out of period land for a few years.

That Cozy Layer in Your Uterus

Endometrium is the cushy layer of blood and tissue that lines the insides of the uterus to make it hospitable for any potential life to grow. This is also what sheds during menstruation.

There’s a potential for post-menopausal people with an excess of estrogen, and little progesterone to balance it out, to develop endometrial hyperplasia. This causes the endometrium to get thicker, which can cause heavy bleeding, and may develop into endometrial cancer.

As scary as the C-word can be, endometrial cancer is typically diagnosed early on and has an over 95% five-year survival rate. This is in part due to the more than 90% of patients who experience bleeding as an early symptom- an immediate red flag. Being the most common gynecological cancer, endometrial cancer affects an estimated 2-3% of women in the U.S.

In the U.S., endometrial cancer only affects about 3% to 7% of women who experience post-menopausal bleeding. Your doctor can help rule it out, or if present- determine a course of action and proper treatment plan.

There’s a Lot Going On

There’s a lot of equipment down there, and if you’re not expecting it- it may be hard to determine just where the bleeding is coming from. Postmenopausal bleeding could potentially come from the vagina, the cervix, the vulva, urethra, fallopian tubes, even the anus. Not to undermine people’s awareness of their own bodies, but it is something to be aware of.

Depending on the nature of the bleeding, and other symptoms that accompany it, your doctor may utilize a variety of tests to check things out. A transvaginal ultrasound, endometrial biopsy, MRI scan, hysteroscopy, as well as sonography are all tools used by gynecological oncologists to determine the cause of postmenopausal bleeding. In the case of PMB, it’s especially important to maintain an up to date pap smear.

These tests can help to determine any fibroids and tumors that may be happening in the lower reproductive organs, and whether or not they are benign.

Another potential cause of bleeding? Hormone replacement therapy, or HRT. About 44% of post-menopausal women have used HRT, with bleeding being a potential side effect. It is also a side effect of other medications like blood thinners and estrogen modulators.

Much like the rest of the body, the tissues of the vagina can thin and become more susceptible to breakage with age. This coupled with a decrease in vaginal dryness, may lead to abbrasions during sex or vaginal penetration, which could cause mild bleeding. If this is the case, it’s a good time to call up your old pal lube.

While post-menopausal bleeding can be caused by Hormone Replacement Therapy or one last burst of a period, it’s important to investigate it ASAP, to rule out something more serious.

Another reminder- here at Intimina, we’re not gynecologists, and we can’t offer you a diagnosis. So if you’re experiencing post-menopausal bleeding, this is something to take up with your doctor.