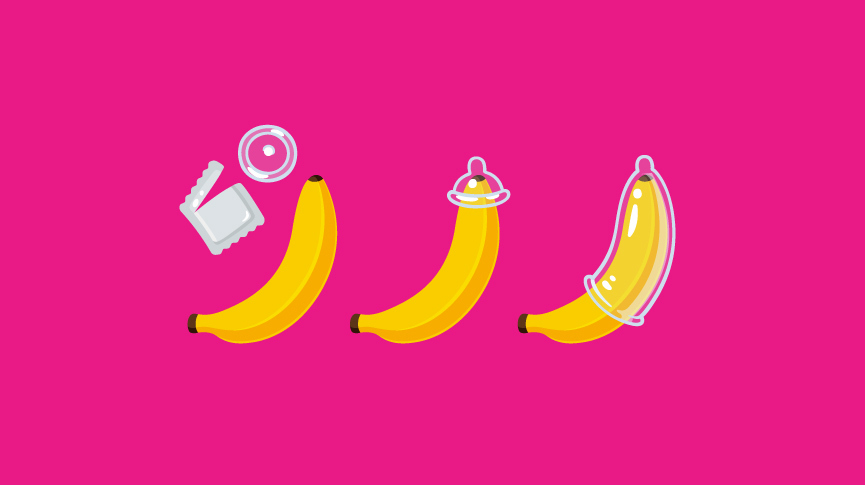 Depending on what sexual education you were exposed to growing up, Sexually Transmitted Infections (STIs) were probably at the forefront of those conversations.

In the aftermath of those often misinformed, awkward, and sometimes outright harmful talks, are young people with a lot of questions, and not much support. All too often sex ed is plagued by a lack of clarity and helpful information, or presented in a way that students won’t necessarily benefit from.

As people get older and probably have more sex, they still usually haven’t had a chance to evolve their knowledge of sexual health.

The conversation around STIs continues to be filled with embarrassment and shame when in reality, they are a normal byproduct of being a sexual human being. Oftentimes, that means that the stigma of STIs is greater than the reality of having one.

The more we are able to normalize STIs and all things sexual health, the more empowered people can feel about their sexual choices. No matter their age, gender, or sexual preferences.

One of the greatest tools around normalizing STIs is education. Which is what we’re here today to do: Talk about STIs. Discuss the most commonly occurring ones, and other general questions you may have.

How common are STIs?

According to the American Sexual Health Organization, one in two sexually active people in the U.S. will contract an STI by the age of twenty-five. Of the twenty million new STI cases that are diagnosed in the U.S. each year, about half of those are amongst people aged fifteen to twenty-four.

That’s pretty common! Without leading with fear, it is important to understand the nature of STIs, your risks, how to prevent them, and how to navigate them if you do get one.

How often should I get tested?

For women 25 and younger, gonorrhea and chlamydia testing is recommended yearly. HIV testing is routinely offered to all. Those at risk may get tested more frequently. If you show any symptoms of an STI, it’s important to get tested right away to prevent any long term health issues.

How do I talk to my partner about STIs?

This conversation can be totally nerve-wracking, awkward, and full of so many other emotions. Especially if you have an STD, or have been diagnosed with an STI in the past.

Only you know the best way to communicate with a new (or old) partner about STIs. It’s important to be as honest and straightforward as possible. Asking questions like “When was the last time you were tested?” “Have you had sex with anyone since then?” “How do you work to prevent STIs?”

Remember that not only are STIs common but that if you or your partner have one, you are still so worthy of having a thriving and fulfilling sex life.

Ever had a pap smear? That not so fun experience of swiping your cervix with a cotton swab, is to test for HPV – the most commonly transmitted sexual infection.

Other HPV strains can lead to genital warts, which are contagious through the skin.

HPV can potentially be spread through any sort of skin to genital contact, not just penetration. While there is a vaccine that can help prevent certain types of HPV that can lead to cervical cancer, most cases of HPV resolve on their own within two years and the virus remains in dormant state.

There are two strains of HSV, HSV-1 (which commonly causes oral cold sores), and HSV-2, which typically causes genital herpes.

While both of these viruses are lifelong, some people who have them are asymptomatic. While both strains of HSV can be transmitted from a person who is asymptomatic, the risk is higher if they have active sores.

If you do have HSV, this is nothing to be embarrassed about! Outbreaks can typically be managed and prevented through medication and/or lifestyle choices.

These are the three most common reportable STIs. They’re often grouped together, because while they are easily treatable with antibiotics when left untreated they can lead to fertility issues and other life-threatening side effects. Gonorrhoea and Chlamydia often can be transmitted together.

Potential symptoms of Gonorrhea and Chlamydia are yellow discharge, frequent or painful peeing, and vaginal or rectal bleeding (outside of your period). A transmission of Syphilis may cause a small painless ulcer on the genitals, followed by a rash on the hands and feet, and potential flu-like symptoms.

It’s important to seek treatment even if symptoms have subsided, as the virus can be latent in the body.

Much of the time, these infections may not cause symptoms, which is why it’s important to be tested at a time interval that makes sense for you and your health.

Human Immunodeficiency Virus (HIV), is an infection that causes a person’s immune system to be weakened. If left untreated, over time HIV may lead to AIDS, or Acquired Immunodeficiency Syndrome. As of 2018, approximately 37.9 million people were living with HIV/AIDS globally.

The impact of HIV/AIDS greatly varies depending on what healthcare is accessible to an individual. Thanks to modern advances in medicine, many people with HIV are able to live long, thriving lives (and yes have sex) through the use of medications that keep their viral load low and even undetectable.

As for prevention, condoms, both male and female,  can be very effective at minimizing the transmission of HIV.

Some people may not show any symptoms at the initial onset of the virus, but this is also when it is most contagious. After that, they may exhibit flu-like symptoms, weight loss, diarrhea, and a difficult time fighting off other infections.

Remember, STIs are common, and not something to be ashamed of. The most important things when navigating STIs and sexual health are education, awareness, and communication.

Alyssa Dweck MS, MD, FACOG is a practicing gynecologist in Westchester County, New York. She provides care to women of all ages; she has delivered thousands of babies. She is proficient in minimally invasive surgery and has special interest and expertise in female sexual health and medical sex therapy. She is top doctor in New York Magazine and Westchester Magazine. Dr. Dweck has co-authored three books including the most recent release The Complete A to Z For Your V.