The Downside of Scientific Studies 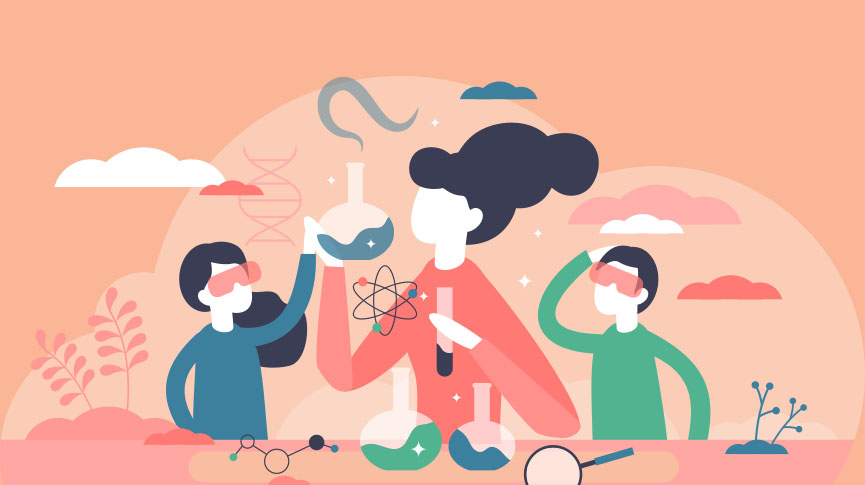 We love science around here. Modern medicine and scientific research have allowed for countless discoveries and advancements and saves lives moment by moment. Of course, anything in life is fallible and should be taken with a grain of salt – yes even science. Scientific studies are the basis of medical treatments, have allowed us to understand the human body, and are even the foundation for the articles you read on Intimina, but it’s important to understand what’s behind them. We’re going to help you understand scientific studies better by learning what some of their downsides are.

The thing with science, unlike something like religion, is that it’s constantly evolving. Once many researchers have put in years of researching a certain hypothesis or idea through a rigorous scientific method, it can become a scientific theory. But a theory is just that – a theory. That doesn’t mean that it’s just a hunch, scientific theories are rooted in rigorous amounts of research. But it does mean that they can be proven wrong, or that new research can come out to offer an alternative lens.

“A theory is not a guess or an unknown. It represents a heightened and tested level of scientific knowledge. A theory, by definition, has been tested multiple times by different people and provides a robust working model of how the natural world functions. A theory is supported by multiple lines of evidence. However, scientific theories are not static, unchanging truths. With new observations and reasoning, theories can develop and change. It is also possible to disprove theories with new data that contradict their underlying assumptions.” – Study.com

All that to say that things can change. Vibrators for example used to be used as a treatment for “hysteria” in women – a broad term that encompassed everything from nervous breakdowns to headaches. Look how far we’ve come – pun intended.

Correlation Does Not Equal Causation

Another important term you may remember from biology class in school is “correlation does not equal causation.” This means that just because there’s a relationship between two variables, does not mean that one caused the other (causation). An example of this would be say, Susie ate a banana every day before school. One day she decides to have oatmeal instead. On this day she happens to get a headache. Susie decides that oatmeal gives her headaches. Now, this may have some truth to it, but it’s not enough information to imply direct causation.

If you zoom out and look at that from a health perspective, you can see why health fads often take off with just one scientific study backing it up. A study may have shown a relationship between two things, but it is not actually the cause of it.

A Lack of Representation

One of the biggest issues with using scientific studies as the basis for medical claims is a lack of representation. Everybody and every body is different, and unfortunately, that can make it harder for researchers to replicate studies and maintain the same variables. This means that many scientific studies have been historically performed on a very specific population, usually young, white males. A lot of people are left in the dust as their demographics aren’t taken into account when it comes to scientific information that may be vital for their health. Even if studies are done using female participants, they typically aren’t menstruating. And as you know – your body’s needs change a whole lot around your period!

A popular example of this is intermittent fasting. Fasting is often seen as one of the best tools for optimizing workouts and gaining mental clarity, but it doesn’t work for a lot of people. Especially females and people who menstruate. This is because the most commonly cited studies on fasting were done on young males, not taking into account the different needs that females have.

Another potential downside of scientific research is that it often comes at the expense of age-old wisdom. We’ve reached a point in modern medicine, where we can see where mistakes have been made by only trusting science and not lived experience. This is especially true when it comes to reproductive health. Just look at the rate of unnecessary interventions in labor, and high maternal mortality rates in the United States. A country with endless resources and data.

People are often quick to write off any information around health that doesn’t have adequate data around it, even if people have been successfully using those tools in their cultures for generations. These forms of medicine matter, as does your intuition and what you learn about your body by living in it.

It may be cliche, but it’s true. Health is about a balance of lived experience and traditional forms of medicine, along with the incredible advances of allopathic medicine.

We’re not saying don’t trust science. It’s a vital part of where we are as humans. What’s important is to learn how to check for multiple sources, critique where necessary, and understand where the gaps might be so that you can make the best choices for you and your body.