The Wacky PMS Symptoms Your Mom Never Warned You About 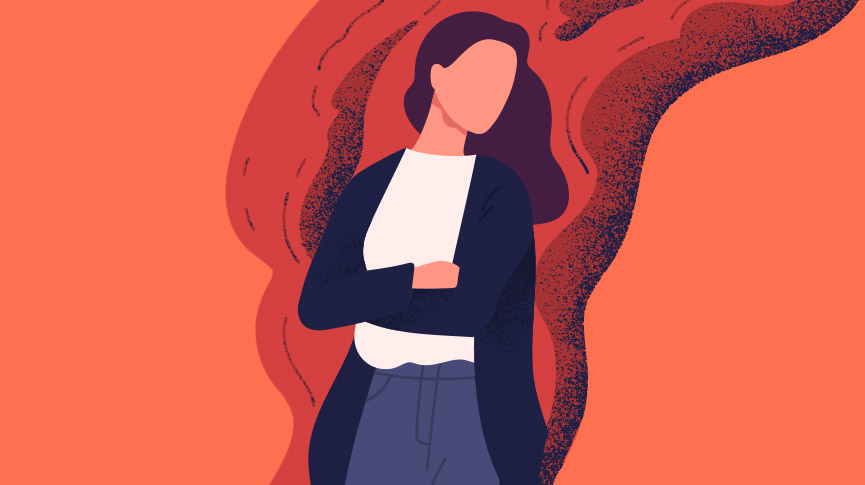 Does PMS really need some fancy introduction? Hell no! Anyone who’s menstruated already knows the basics of getting stuck with a case of pre-menstrual syndrome, and we’ve boiled it down to simplicity: It. Freakin.’ Sucks!

You’ve heard the stereotypical but oh-so-real symptoms of your Aunt Flo’s coming arrival: uterine cramps, headache, mood swings, bloating, backache, and some not-so-fun trips to the toilet to take a soft and extra stinky number two, coined by many a classy lady as “taking a period sh*t.”

Besides the usual routine of cramps-and-crankiness, PMS plays host to around 150 physical and mental symptoms you probably haven’t experienced (yet!), or even heard of. Thankfully this crazy list of pre-period insanity doesn’t happen to everyone, but if your period brings out your inner Cruella Deville, it might be time to schedule an appointment with your doctor.

Hyper-charged PMS might be a pain, but that doesn’t mean there aren’t a bevy of treatments to ease your monthly woes.

Read up on some of the lesser-known, wacky PMS symptoms that can strike your mind and body during your once-a-month moon time.

For most of us, PMS is mostly a minor inconvenience. We pop an Aspirin, make a good excuse to buy a chocolate bar or fast food, and feel a little snap of extra anger when our partner forgets to wash their share of the dishes. But for some, pre-period issues can morph otherwise happy people into miserable shells of their former selves.

PMDD, or Pre-Menstrual Dysphoric Disorder, is essentially a type of hyper-focused depression that occurs before, during, or after your period. Those who’ve experienced it have described their change from a likable, friendly person into someone their co-workers don’t even recognize: angry, irritable, and likely to snap at any moment. Often PMDD is accompanied by thoughts of suicide, much like it’s cousin Major Depressive Disorder. Suffers are often misdiagnosed and spend years wondering why their ill-prescribed treatment isn’t helping.

The difference between PMS and PMDD is that the latter is debilitating, meaning it keeps you from going about your normal day. Your productivity and happiness will seriously suffer to the point that it’ll be impossible to ignore. If this is the case, don’t hesitate to see a doctor as soon as possible. Your mental health could depend on it.

PMS Gets Worse With Age

They say 40 is the new 30, and they’re right, even when it comes to your period. There’s something just so damn confident, beautiful, and wise about women who’ve lived through their partying 20s and self-searching 30s. Unfortunately, our bodies have something less than awesome in store in the menstruation department.

During the five to ten years before we start menopause, which is around 51 for most women, PMS starts to get ugly. Good ol estrogen and progesterone are fluctuating as always, except this time things are getting a bit more extreme.

In short, whatever symptoms you had previously, like weird food cravings, bloating and cramping, and that wacked-out spacey feeling, are going to get worse. Hormone levels begin to dip nearing the 50s, which can be a little confusing. Your periods will start to slip off-track, and those worsening pre-red zone symptoms could either mean another onset of PMS or the beginning of perimenopause, the grace period before menopause begins.

If you’re having trouble navigating daily life around the time of your period, always check in with your doctor. Menopause has its’ own special set of health remedies and medications to keep you on track, and seeing a doc can help you figure out what’s up to get you back up and running.

Notice how sometimes that trip to the waxing salon is a breeze, and other times it’s a downright torture session? Track your period alongside your appointment schedule and you might find an interesting pattern.

Your emotional state isn’t the only thing that’s ultra-sensitive around that time of the month. Your skin also has a case of getting all the feels right about now. Estrogen normally helps to protect the skin by thickening it, but since hormone levels are (yes, again!) fluctuating, your body’s largest organ just lost it’s best alibi to pain.

Keep the hair-plucking to a minimum if you want to avoid the extra ouch during your period, and definitely steer clear of a full Brazilian until you’re done bleeding.

Your Workout Just Got Weird

As if working out wasn’t tough enough, PMS just rolled in to add another few weights onto your proverbial barbell.

Those troublesome hormones are at it again. Fluctuations can cause you to feel extra winded during a run or super sore for days following strength training. It’s harder for your body to heal while your hormones are out of whack, and your breathing patterns will change a bit in the days leading up to your period.

Wheezing and shortness of breath are more likely to pop up while PMS is having it’s way with you, and those little, random bruises will stick around longer than normal. Don’t be alarmed. It’s just Mother Nature’s way of showing she cares, and we all know she can be a real witch to the ladies.

Colleen Godin is a sexual wellness writer and journalist. She operates a one-woman business at ThePleasureConnection.net, specializing in copywriting, marketing and events for the greater pleasure industry. In her spare time, she enjoys disappearing into the forest, finding herself in a great song, and long drives during spontaneous road trips.