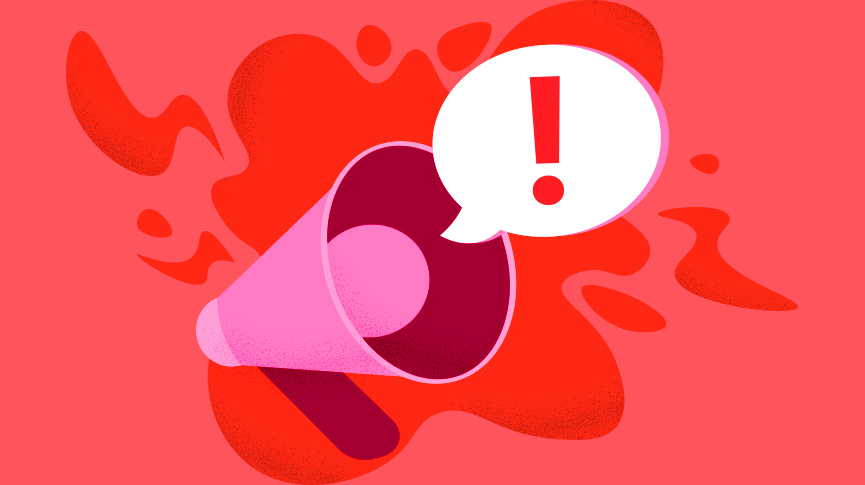 If you’re a tampon user you’ve probably seen the warnings that come on every box: Toxic Shock Syndrome Risk. TSS is a rare disease caused when certain bacteria get into the bloodstream and releases toxins that damage the body’s functions.

Tampon companies were required to add these warnings after a brand of super-absorbent tampons were linked to a 1980 outbreak of TSS that affected 814 menstruating women, 38 of them fatally.

Once that brand was taken off the market, instances of TSS immediately dropped – but even today about 50% of TSS cases are still linked to menstruation and tampon use.

While concern about TSS has dropped considerably, a resurgence of cases in the early 2000s alarmed some researchers, who confirmed an increase in the incidence of toxic shock syndrome across the US.

TSS is a rare disease; some scientists estimate that only 3-4 people per 100,000 are diagnosed each year.

However, it’s still a condition menstruating women need to know about.

Understanding how to prevent TSS and how to recognize the symptoms is absolutely necessary to protect your health and avoid the most serious complications.

TSS is caused by Staphylococcus aureus (Staph) and Streptococcus pyogenes (Strep) bacteria. Both types of micro-organisms are found naturally on healthy skin and noses in 20-30% of people, and staph can also be found in the vagina itself –with no ill effects.

The problems start when these bacteria find their way into the bloodstream, rapidly reproduce, and release toxins into the body. Most people develop antibodies that protect them against these toxins as they get older, which is why more than 1/3 of all cases of TSS are in women under 19.

For unknown reasons, a small percentage of people never develop these anti-bodies.

The toxins interfere with the body’s ability to regulate blood pressure, causing it to drop to dangerous lows.

Kidneys tend to be particularly affected, since they filter out waste and toxins from your blood – untreated TSS can result in kidney failure.

The bacteria itself also attacks tissues in the skin, muscles, and organs, so in extreme cases of TSS multi-organ failure can occur.

Overall TSS has a 5% fatality rate.

Scientists aren’t sure exactly why tampon use increases your risk for the disease, but there are two theories to explain the connection. First, it’s believed that tampons, especially super-absorbent ones which are often left in for longer periods of time, are an ideal breeding ground for the bacteria.

Another theory holds that the fibers of the tampon dry out and scratch the tissue of your vagina, allowing the bacteria into your bloodstream.

It’s important to remember that tampons themselves do not cause TSS, but they do increase your risk.

In addition to tampon use, TSS has been linked to wounds or burns on the skin, recent surgery or childbirth, use of wound packing materials (like those used for nosebleeds), and contraceptive sponges, cervical caps or diaphragms left in the vagina too long.

Symptoms of TSS can appear quickly and often mimic the flu, making it difficult to recognize for sufferers and to diagnose for doctors. Common symptoms include:

If you’ve had a contraceptive or menstrual device in your vagina, and are experiencing these symptoms, you should seek medical attention at once. If you’re using a tampon, wound packing material, contraceptive sponge or diaphragm, remove it immediately – don’t wait until you see your doctor.

The treatment for TSS generally includes a stay in the hospital, antibiotics to clear the infection, fluids to increase blood pressure and treat dehydration, and treatment of any complications (like organ damage).

Menstrual cups are made of 100% body-safe, medical-grade silicone – which is the exact same silicone used in surgical procedures and discourages the growth of bacteria. They also collect rather than absorb your menstrual fluid, meaning they don’t cause irritation or dryness.

The cups can also be left in for up to 8 hours of safe, comfortable period protection (much longer than tampons). To learn more about menstrual cups click here.

Otherwise, you should use the lowest absorbency tampon you can, be sure to change your tampons often (most brands recommend every 4 to 8 hours), and alternate using tampons and pads throughout your period.

If you wear a tampon at night, be sure to insert a fresh one before bed and change it as soon as you wake up.

And most importantly, always wash your hands before you insert anything into your vagina.

For most women, the probability of getting TSS is quite low, but being aware of your risks and taking steps to minimize those risks is just a smart move for all menstruating women.