How a Menstrual Cup Will Change Your Life – Survey Results 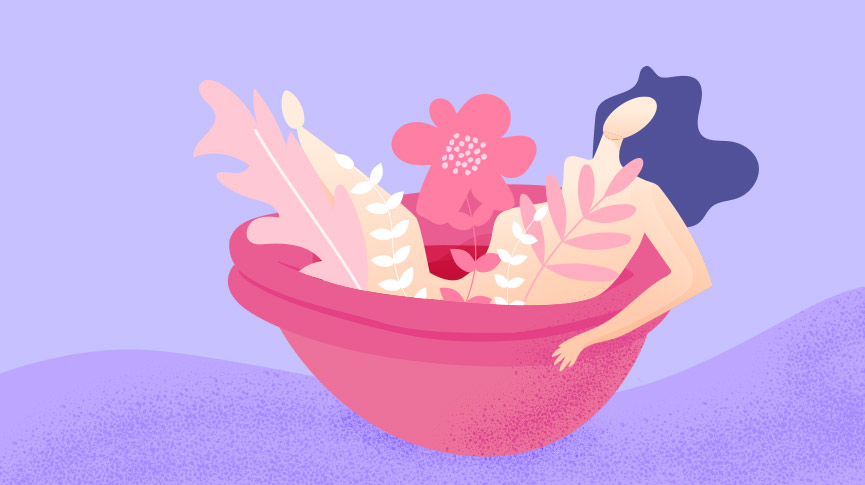 From sex to sleep, cramps to confidence, everyone’s talking about how menstrual cups can change your life. In March 2016, we talked to over 1,500 women about their experiences with a cup to gain a better insight on how exactly a cup can improve your period and your life in general. Thank you so much to everyone who took part!

What is a menstrual cup?

A menstrual cup is a soft, flexible cup that is worn internally during your period. Cups work by collecting menstrual flow instead of absorbing it. One cup can be reused for up to 10 years.

Menstrual cups are made from 100% medical-grade silicone, while tampons can contain:

(and they have that annoying string!)

The cost of using a cup over 10 years is $40 while using tampons over the same time period would cost  $700.

A survey of over 1,500 menstrual cup users showed you will:

Feel better during your period 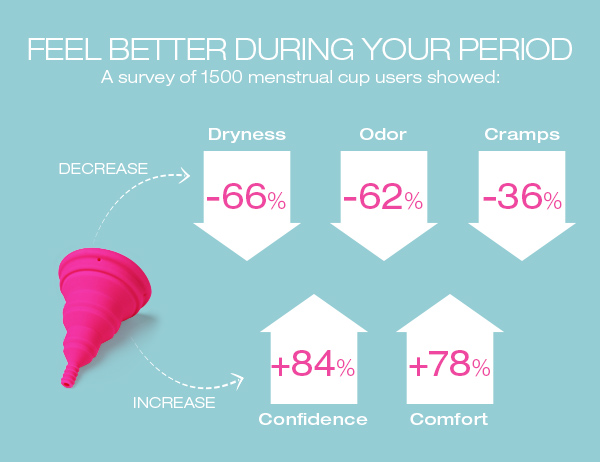 The women who took the survey reported:

84% of cup users surveyed found that their confidence has increased, and 78% feel more comfortable with their body since switching to a cup.

42% of women said that using a cup made them more likely to exercise during their period.

93% of cup users who exercise use their cup when they are active.

26% of cups users said their sex life has improved since switching.

46% said their sleep during their period is better with a cup.

94% of menstrual cup users said they would recommend it to others!