The Clitoris and its Hidden Depths: More Than Just A Love Button 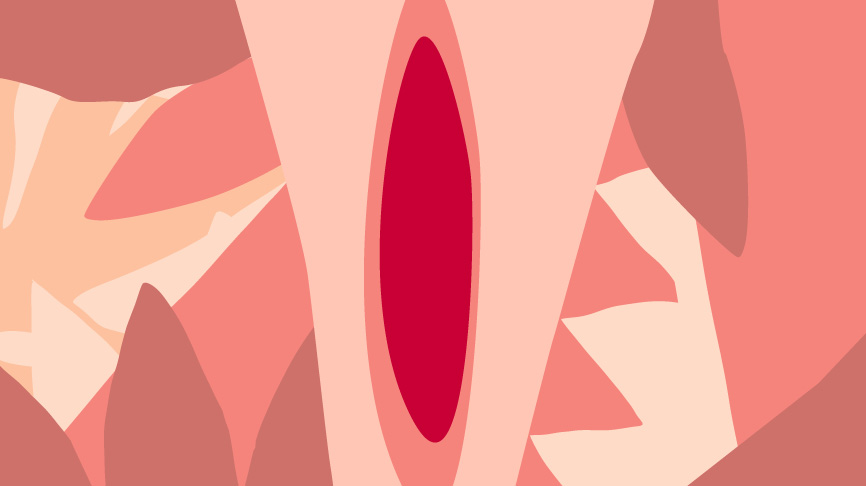 Oh the clitoris, that wonderful button, bean, pearl, woman in a boat or whatever you want to call it. So many names for something many of us don’t really understand. Ask a woman to draw the clitoris and she will probably draw a bit of a squiggle at the top of a pair of lips. While this is a good attempt considering what most people know, it doesn’t actually represent the clit in any way.

In 1998, Urologist Helen O’Connell published her groundbreaking study on the clitoris which revealed its true scope and size; namely that less than ¼ of the clitoris is visible. With the other ¾ of it is tucked away internally, she proved that there was way more to the clitoris than meets the eye.

That’s less than 20 years ago (which is bonkers), so no wonder most of us still think it’s just a little button at the top of our vulva. So let’s discuss the clitoris in all its glory and find out what’s really happening when we turn it on.

The Clit as You Know It

Okay, so let’s start with the obvious bit, the bit we can see. That’s your glans clitoris (glans not glands). There are more than double the nerve endings in the glans than there are in the entire head of a penis, over 8,000! That’s a whole lot of nerve endings which explains why most people shiver at the first touch of their clitoris.

It’s All About the Bulbs!

Next up is the clitoral bulbs, this thicker part of the internal clitoris stems from your clitoral glans and reach down and out in a teardrop shape. At their fullest point they lie just underneath your outer lips. When they are rubbed or massaged, they become engorged and wrap around your vagina giving it a great big hug.

During vaginal penetration this is the part of your clitoris that is stimulated, meaning that vaginal orgasms are just a different type of clitoral orgasm. New research shows that when your vagina contracts after orgasms it is actually your clitoral bulbs contracting, cool right?

You Get an Erection – Seriously

And here you were thinking erections were just for men! Woman actually have erections too, clitoral ones and we don’t mean the little lady in her boat stands up, but a totally legit internal erection. Introducing the wishbone of clitorises! That is the wishbone-shaped part of the clit that hangs down either side of the clitoral bulbs. The corpus cavernosum (the top of the wishbone) wraps around the vagina as it becomes erect, which helps you to feel internal stimulation.

And Then You Get More of an Erection…

Then there are the two legs, called the crus clitoris located at the bottom of the wishbone, which are around 9cm long (crazy, right?). They point towards your thighs when you’re relaxed and when you become aroused they move and point backwards towards the spine. So next time you hear a guy boasting about his erection you can boast about yours right back!

Why Is This Not in Sex Ed?

So you may be wondering, ‘why the hell don’t I know this stuff?! Why have I not been massaging my clitoral vestibules for years?’ Well, don’t start beating yourself up (unless it’s in the fun way), remember it’s news to all of us! It wasn’t until 2009 that French researchers Dr. Odile Buisson and Dr. Pierre Foldès first presented 3D images of the aroused clitoris. How were we meant to understand what we can’t see? After all, an internal erection is a lot harder to spot than an external one!

So now you know all about it, it’s the perfect excuse (not that you need one) to have a good explore. You can try stimulating your clitoris internally and externally, either with your hands or using sex toys.

Give it a go, who knows, a clitoral bulb massage could be the key to the amazing orgasm you have been looking for!

3 thoughts on “The Clitoris and its Hidden Depths: More Than Just A Love Button”