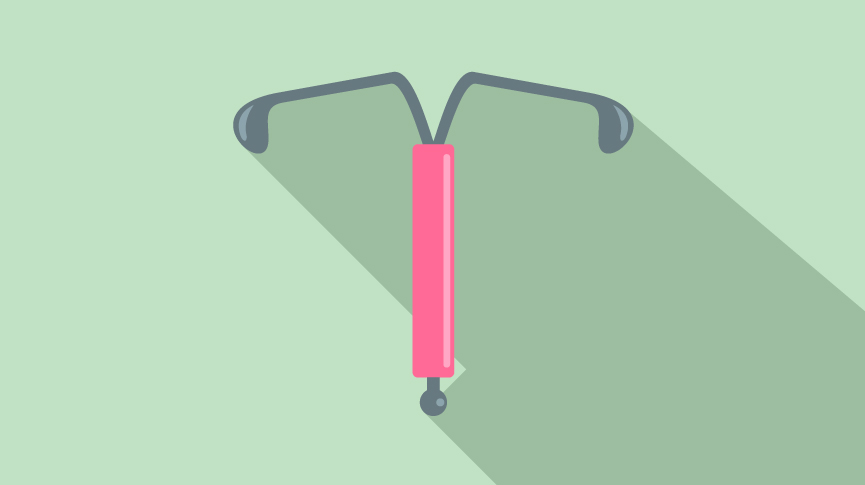 Accidents happen. Or sometimes we get caught up in the heat of the moment and don’t always weigh out the risks of our actions. Or we just change our minds.

The point is that sometimes things happen and we need a backup. Or a plan b.

Many people choose to use hormonal emergency contraception after unprotected sex or if your other method fails.

But what many people aren’t aware of is that there’s another option that doesn’t involve hormones – the copper IUD.

How Does it Work in an Emergency?

You may only think of IUDs as something that’s done preventatively to protect against pregnancy in the future, but they can also be used in a pinch after you’ve had unprotected sex.

In fact, the copper IUD is about ten times more effective at preventing pregnancy than other hormonal emergency contraceptive methods

How does that work exactly?

The copper IUD affects the mobility and function of sperm. Copper ions are toxic to sperm. When these copper ions are released into the cervix, it essentially kills the sperm, detaching them from their tail, and leaving them to be eaten by other cells. Fun!

When the IUD is inserted after ovulation in an emergency, they usually prevent implantation of the zygote or fertilized egg.

When Does it Need to Be Inserted?

Generally, the copper IUD has to be inserted within five days of unprotected intercourse.

That being said, if you know when you ovulated, it may work past five days after intercourse, as long as it’s not inserted five days past ovulation.

Come again? Say you had sex, then you ovulated the next day. The IUD could then be used six days after you had sex because that is still within five days of ovulation.

This can give you a bit more wiggle room than the oral hormonal option, which can be used within five days of having sex but is more effective the sooner you take it.

The Benefits of Copper IUD

There are many reasons why someone might choose to use the copper IUD as emergency contraception.

If you have frequent unprotected sex or are on the pill, but forget it often, the copper IUD may be your best long-term option. The morning-after pill is not recommended for long-term use, so if you find yourself turning to it often, it’s best to find another more permanent contraceptive choice. The copper IUD offers ongoing contraception for up to ten years.

Many people do not want artificial hormones in their bodies or do not have a good reaction to them. For these people, the copper IUD may be their best option for contraception.

The copper IUD is unaffected by someone’s BMI, unlike the morning after pill which may be less effective for people over a certain weight.

Possible Side Effects of The Copper IUD

The copper IUD of course comes with possible side effects that may deter people from choosing it.

Some people experience discomfort or pain during insertion and for a few days after. There is also a slight risk of pelvic infection, which could affect someone’s fertility in the long run.

Another side effect of the copper IUD is that some people experience increased cramps or heavy bleeding during their periods, as well as spotting in between periods.

In some cases, providers are not able to insert an IUD, called a “failed insertion”, in these cases people would need to take hormonal oral emergency contraception.

Some of these side effects are not worth it for users in the long term, and they end up removing the IUD within a year (about 40% of users).

Other Things To Keep in Mind

The copper IUD is not effective if you are already pregnant, and can not be used to stimulate abortion. It can only be used to prevent contraception before you have sex, or within five days of ovulation after having sex.

While the morning-after pill can typically be bought over the counter, you would need a provider to insert the copper IUD. This can be a barrier for some people because of accessibility.

It also does not protect you against STIs. If you had sex with a new partner, or if you are not exclusive or monogamous, you should still get tested for sexually transmitted infections. Keep in mind that many STIs don’t cause immediate symptoms, but they can still have long-term side effects on your health and fertility. They also can take two to four weeks to show up positive on a test, so you may need to wait to get tested or be tested multiple times.

A new study suggests that the hormonal IUD that uses levonorgestrel, a synthetic form of progesterone, may be just as effective as an emergency contraceptive device as the copper IUD. However studies are still limited, so it is not commonly recommended, if at all.

This can be promising for people who may not be good candidates for the copper IUD but would prefer an IUD over the morning after pill.

Choosing emergency contraception can be nerve-wracking in the moment, but ultimately you know your body best. Do your research, talk to your provider, weigh your options, and trust your gut.