How to Correctly Use a Condom 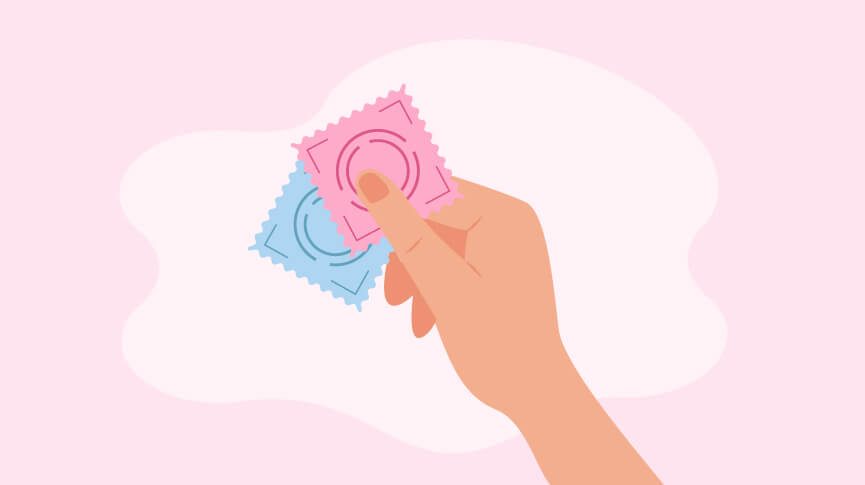 You’ve got sex on the mind huh? Welcome to the club. Luckily for you, we’re here to help break down the basics, and cover what your sex ed classes didn’t – or what you forgot.  Condoms might feel silly to talk about, and this apprehension may keep you from asking fundamental questions about condoms.  Sex ed can be fun, but there’s no shame in talking about the basics – as obvious as they may seem. In fact, it’s essential to your sexual health and wellness to normalize conversations around reproductive health.

One of the coolest things about having sex in the twenty-first century is education and options.  We have more access to sexual health education than we ever have before, and there are more and more innovative products coming out all the time to help support your sexual health and wellness.  There are so many birth control options out there to help fit your individual needs from hormonal pills and patches to IUDs – both hormonal and non-hormonal. These can help prevent pregnancy, however, they don’t protect you against sexually transmitted infections.  That’s where barrier methods come in.  Barrier methods are just what they sound like. They create a barrier between you and your sexual partners so that you are protected from pregnancy and/or STIs.  These are the most common forms of barrier methods:

Condoms are the only form of barrier method that helps protect you from both STIs and pregnancy during penetrative sex.  They are about 98% effective at preventing both pregnancy and the transmission of STIs.

What Kind of Condoms Should I Use?

You’ve decided that condoms are the best choice for your sexual needs and lifestyle, or maybe you’re using them in conjunction with another form of birth control.  You walk into the store. You muster up the courage to walk into the tiny sexual health section, and you’re faced with SO MANY OPTIONS! What kind of condom to get?

The most important things to take into account when buying condoms are:

Material: Most condoms are typically made with latex. This is a great option unless you happen to have a latex allergy. If latex condoms aren’t working for you, you can try ones made from a kind of plastic called polyurethane, or ones made from natural materials. These “natural materials” are typically sourced from animals and their intestines, bladders, and skins.  Some people who think they have a latex allergy, are actually allergic or sensitive to the lubricant that is on them.

Size: Just like penises, condoms also come in different sizes. If you don’t know what size you’ll need, you’ll probably just want to buy regular-sized ones, or multiple sizes to keep on hand just in case.

Quality: If quality isn’t important to you, that’s totally fine. By quality, we mean the materials and sourcing used to manufacture the condoms. There are more and more options coming out for people who want condoms that are made from organic and sustainably sourced ingredients. You get to decide if that’s something you want to look for when buying condoms.

Some other questions to ask yourself when buying condoms are:

Now that you’ve gathered your supplies, here’s how to put them to work.

Before Using a Condom

Before you start to put your condom on, you’ll want to do two very important things:

How to Put a Condom On

You’ve got a condom that’s ready to go. It’s time to put it on – before any penis to vagina contact.

Here’s how to correctly put on a condom:

When you’re all done, you’ll want to hold the condom in place at the base before pulling out and hold it there while you’re pulling out (Ask your partner to do this if they’re the one with a penis). They can then take off the condom and put it in the trash. Voila!

You’ve got the basics down, now here are some do’s and don’ts to send you on your way with.

Remember that condoms aren’t 100% effective against preventing pregnancy or STIs. Some STIs like herpes can still be spread through skin-to-skin contact and oral sex. It’s still important to get tested before and after having sex with a new partner and ask them about their STI status.  Condoms aren’t foolproof, here’s what to do if one breaks on you.