Leptin and The Female Body 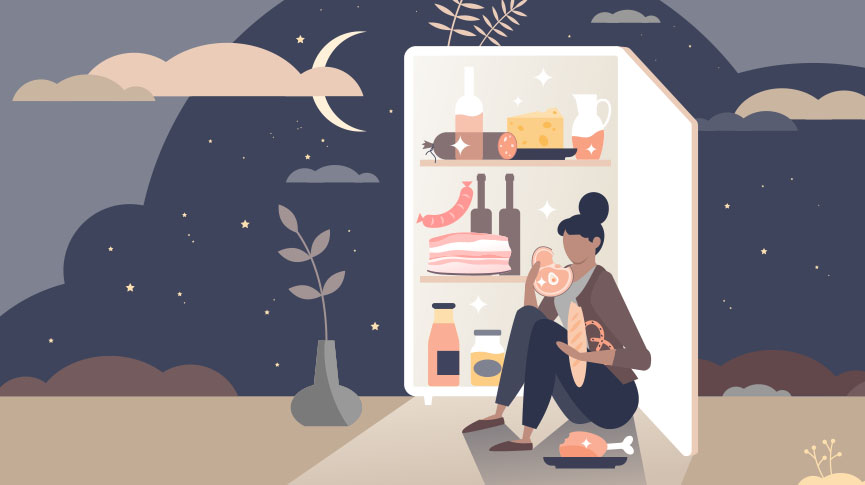 Typically when people think about hormones, well-known ones like estrogen and progesterone tend to come to mind. Or happy hormones like serotonin and dopamine. But there are so many more hormones that are working hard to keep your body moving in the way it’s supposed to. Hormones are the messengers that make up your endocrine system. They are responsible for all sorts of things including metabolism, growth and development, fertility, energy levels, and much more.

One hormone that isn’t super well known is leptin. Leptin plays a key role in your food intake and energy use. Let’s learn more about this hormone and what it does for your body.

We love food. It’s an essential part of our ability to stay healthy, connect with cultures, socialize, experience pleasure, and much more. But your desire for food isn’t just in your head and stomach.

That’s where leptin comes in. Leptin is a peptide hormone, which play a key role in controlling metabolism and energy homeostasis. This is part of the neuroendocrine function, aka how the hypothalamus in your brain helps to regulate reproduction, homeostasis, immune function, metabolism, blood pressure, and more.

Part of leptin’s job is to regulate food intake. It is the messenger that sends signals to your brain that you’re feeling full and are less interested in food. That’s why it’s also called the satiety hormone. In the most simple of terms, leptin is an appetite-suppressing hormone. Leptin levels are also directly related to fat stores. If you lose weight, your body typically starts to make less leptin as you lose fat mass, which is when your fat cells get smaller.

Your stomach releases small amounts of leptin when you eat which travels through your bloodstream to get to your brain. When the brain knows that there is enough leptin in your body, it also knows that you have enough fat, aka the energy reserves you need to be able to function. There is an inverse relationship between leptin and appetite. Meaning that higher leptin levels correlate with a reduced appetite and vice versa. When you fast, leptin levels drop which tells the body that you’re in a low energy state and to conserve energy.

Leptin always exists in your body and is mostly made by fat cells. Females tend to have higher levels of circulating leptin than males, which may be partially due to sex hormones. Imbalances of leptin in the body correlate with metabolic disorders, including obesity.

We mentioned that low levels of leptin can lead to obesity. Leptin deficiency, and hyperleptinemia, can also make you more susceptible to autoimmune disorders, difficulties with fertility, infections, malnutrition, and inflammatory responses. The risk of leptin deficiency tends to be very low in humans. There are quite a few leptin supplements on the market, but research is limited on their effectiveness. There’s no actual way of ingesting leptin as a vitamin or mineral. These supplements tend to contain herbs, caffeine, and vitamins that might increase leptin levels. Getting adequate levels of sleep is not only important for your overall health but may also help regulate leptin levels.

Although leptin isn’t very bioavailable through food, certain foods may be able to help the leptin in your body work more effectively.

On the other hand, you can also have too much leptin in the body, known as hyperleptinemia or leptin resistance. This affects the body similarly to leptin deficiency. This is because the body comes resistant to the effects of leptin in response to having too much of it.

Chronic inflammation of high leptin may increase the risk of cancer, cardiovascular diseases, and heart issues. High leptin and obesity in females have been linked to a higher risk of developing breast cancer. For these people, high leptin may promote cancer growth and progression. People with low levels of leptin often feel more hungry which can lead to overeating and excess fat storage. This can cause obesity, depression, and nonalcoholic fatty liver disease. Leptin resistance is also linked to insulin resistance which over time can possibly lead to diabetes.

Leptin plays so many important roles in the human body, and yet researchers have barely scratched the surface when it comes to understanding it. When you think about it in terms of leptin’s ability to regulate energy, it makes sense. Everything takes energy from your fertility to your immune system to your cognition. That means that every essential process involves leptin on some level, and can be affected by any imbalances you may be experiencing. If you’re concerned about leptin levels, your weight, or energy levels, be sure to discuss your options with your healthcare provider before starting any supplementation, as well as get your hormone levels tested.