5 Things You Need to Know About Cervical Mucus 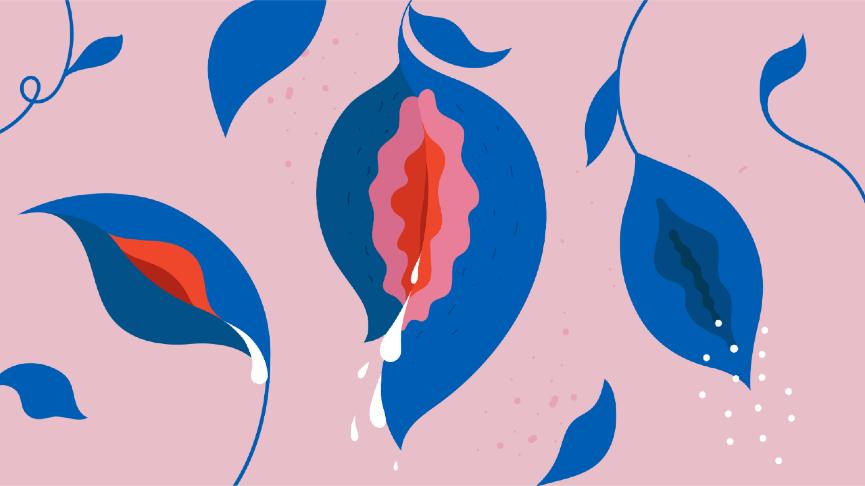 Trying to get pregnant can be a wonderful journey.

It can also be super stressful and maybe a little confusing.

You may have spent most of your sex life avoiding pregnancy — like a responsible adult. But now that you actually want to get pregnant?

Not as easy as you thought.

Luckily for many women, there is a way that our body helps us figure out when we are most fertile and likely to conceive.

Chances are you probably have heard this term before and cringed.

I know I used to.

I’m not sure what it is about ‘mucus’ that just makes us scrunch our nose and shake our head saying ‘uh, no thanks.’

But observing your cervical mucus is a great tool that lets you know when your body is ready and where you are at in your cycle.

Here are 5 things you should know about cervical mucus.

1. Cervical Mucus (Also Known As Cervical Fluid) Is The Discharge From Your Cervix

You may have noticed that this fluid changes from time to time. Sometimes it is more fluid or gel-like in quality.

Each of these plays an important role in your reproductive health. It can help you know what stage of your cycle you are currently in. Which means your body is letting you know when it’s ready.

Your cervical fluid is one of the most reliable ways to predict when you are close to ovulating.

This is how you can use your cervical fluid to tell when you should be having sex to make a baby. Or when you should abstain from sex. If you are going to have sex, be sure to use extra precautions so you can avoid pregnancy.

You probably notice cervical fluid the most after your period. That’s when your body is gearing up for ovulation.

There are four different kinds of cervical mucus and each happens at different times in your cycle.

Type 1: This is your lowest fertility. You won’t be able to see any fluid and you may experience dry, rough, and itchy sensations. Or you may feel nothing.

Type 2: Type 2 is classified as low fertility. You still won’t be able to see any mucus but you will start to feel damp.

Type 3: Intermediate fertility. This is when you will likely notice thick, creamy, whitish/yellowish, non-elastic and sticky cervical mucus. You will continue to feel a damp sensation.

Type 4: This is the type of fluid you want to keep an eye out for. This is your high fertility mucus. It will appear transparent, stretchy, liquid, watery or reddish. This is when you will feel wet and slippery.

During your period: This is the time during your cycle when you likely won’t even notice your mucus because, ya know, it’s covered in blood.

After your period: Most likely you will have at least a few ‘dry’ days following your period. This means that you won’t see any discharge at all. Type 1 and type 2 happen here leading up to ovulation.

Before you ovulate: This stage is when you will start to notice the changes between your cervical mucus. Take note because this is when your body is transitioning to get ready to release an egg.

Your fluid will likely differ between yellow, white, or cloudy. The texture will be gluey or stretch. This is your type 3.

Just before you ovulate: Here is when you will see a kind of fluid that reminds you of egg whites (before they’re cooked). This cervical mucus will be clear and stretchy. If you take it between your finger and thumb, it will likely stick together for about an inch or two. It is also watery and slippery.

This mucus is your type 4.

While you ovulate: The same fluid you just observed will remain during your ovulation window. This is the ideal mucus to protect the sperm on its journey to your egg.

If you want to conceive, this is the best time to have sex.

If you are trying to avoid pregnancy, use protection or abstain all together to be safe.

After you ovulate: Once your ovulation is over, you won’t notice your discharge as much. The mucus you may notice at this stage will be thicker, cloudy or gluey again (like before your ovulation). You may also just have dry days.

And then the cycle begins all over again with the start of your period.

2.) How To Check Cervical Mucus?

If you’re trying to get pregnant — one easy way to know when you are most fertile, is to check your cervical fluid.

There are a few different ways to do this but they basically boil down to two: outside or inside inspection.

Now, as weird as that might sound, it’s really not very difficult to do.

The best way is to simply check your vagina.

Weirdly enough it’s kind of like doing your own ‘cotton swab’. It’s just your finger and vagina instead of a q-tip and your mouth.

Another method is to use toilet paper.

Before going to the bathroom is when you can use this method most effectively.

If you’d rather not do it either of those ways, the other option is simple:

I’m sure you’ve had days where you’ve noticed discharge on your panties. It’s completely normal. (As long as it’s the right color. If you see something out of the range of normal for you, check with your doctor.)

Either of these methods works to help you keep track of your cervical mucus.

Just keep in mind that checking your underwear may not be as reliable as the others.

Generally speaking, you have it throughout your cycle.

It changes in consistency closer around your ovulation.

As mentioned above, your most fertile mucus is slippery and stretchy in consistency while egg white in color.

This discharge shows up one to two days before you ovulate. When you notice this cervical fluid, you are at your most fertile.

Sperm can last 3-5 days in this kind of mucus meaning it can survive longer to implant into an egg.

If you want a baby, this is the time to be doing it.

If not, avoid intercourse or use extra protection.

When your cervical mucus starts to get gummy, your ovulation has likely passed.

4.) How Do You Increase Cervical Fluid?

The most important thing is to stay hydrated. Considering this is pretty much advice for everything, that means you’ll probably see more benefits from it.

The amount of time you have to pee.

But maybe that’s just to prepare you for being pregnant. (Trust me, you’ll pee a lot.)

There are also dietary supplements you can take. So while you’re popping your prenatal vitamins, go ahead and add this one to the mix.

These supplements are meant to help increase mucus production and tone the lining of the uterus. This can help your chances in trying to conceive.

Another way to increase your quantity and quality of cervical mucus is to try a sperm-friendly lubricant.

This kind of lubricant is similar to egg white cervical fluid in the way it features pH and it’s consistency. The idea behind this kind of lubrication is to help the sperm survive. The longer sperm can survive, the more likely it is to reach your egg.

As for a natural approach, there are certain dietary changes that may help increase cervical fluid.

Another thing you can do is to avoid chemical-based intimate products.

I’m talking about things like scented toilet paper and even some tampons. The chemicals in these items can throw off your vagina’s natural balance.

And if your vagina isn’t balanced, your mucus won’t be either.

Pregnancy tests are still the way to go.

That being said, there are changes that happen to your cervical mucus during pregnancy.

A thin and milky-white discharge happens during pregnancy, but can also be present in non-pregnant women. This fluid is called leukorrhea. You’ll notice an increase of this discharge because of the estrogen and blood flow to the vaginal area. It’s not usually noticeable until week eight.

If you notice brown or pinkish discharge, this may be an indication of implantation bleeding. This refers to the time when an embryo would be implanting itself into the uterine lining.

There’s actually not much evidence that implantation bleeding is a thing. It’s more or less called that simply because of the timing.

It’s possible you may not experience implantation bleeding at all if you’re pregnant.

There are also various other reasons that you might be spotting mid-cycle besides being pregnant. It could have to do with hormonal changes or ovarian cysts, as two examples.

Before your period begins, you may notice an increase in discharge.

This is due to the increased blood flow, the changing levels of estrogen and your cervix preparing for menstruation.

It’s hard to notice the difference in your cervical fluid when you are pregnant compared to when you’re not unless you are really paying attention.

For most of us — the changes will be too subtle to notice.

But it doesn’t hurt to keep an eye on it and note the changes.

It’s important to keep in mind other potential causes that can lead to a change in cervical fluid like an abnormal cervix, or an infection. Vaginal imbalances like yeast infections, may change the color, texture, or smell of your discharge.

Cervical mucus is an amazing tool to help get pregnant (or avoid it).

The best part? It’s already built into our bodies and free.

There are six different phases of your cycle when checking for cervical fluid: your period, after your period, before you ovulate, just before ovulation, during ovulation, and after ovulation.

Each stage has a type of cervical fluid to go with it. They have different appearances and texture that let you know how fertile they are. The range is from lowest fertility (dry) to high fertility (eggwhite in appearance and slippery)

You can check your cervical mucus three ways:

The cervical mucus during ovulation is the most fertile. It is eggwhite (clear) and slippery as well as elastic. When you observe this mucus it is the best time to be intimate if you want to get pregnant.

If not, avoid sex or use extra protection.

You can increase your cervical mucus by:

Checking your cervical fluid may seem odd at first. But the benefits of knowing your body and how it operates will quickly replace the initial ‘ew’ factor.

My name is Anna Worms. And yes. I did marry into that name. I’m a women’s health copywriter with a passion for menstrual health especially. I’m a small-town girl from Minnesota and love my little rural community. You know the Twin Cities right? Well where I live is about two hours west of that. Needless to say anytime we want to travel there’s always a little bit of drive time first.