EMDR: Healing from Trauma and PTSD 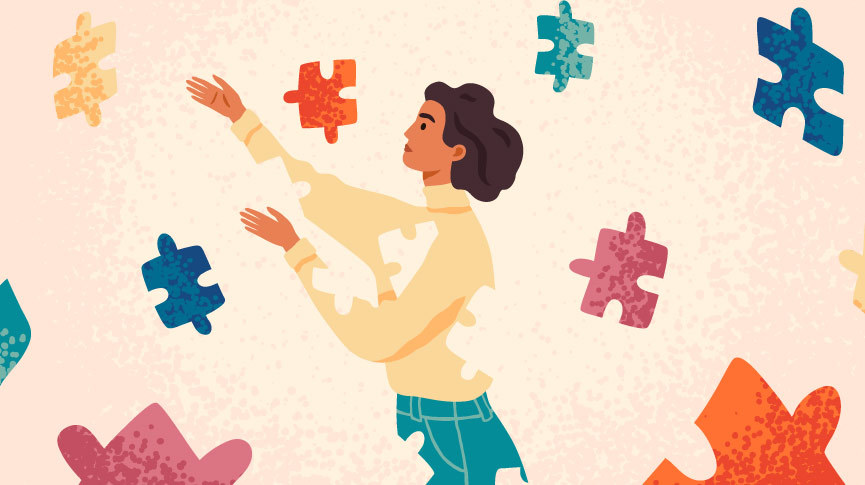 PTSD is often thought of in extremes like intense panic attacks, flashbacks, and nightmares, but there’s also more subtle ways that trauma can infiltrate your life and hinder your wellbeing.

There are so many other subtle ways that trauma can affect your daily life, but one of the biggest things is just not feeling like yourself. Which is difficult, yet understandable when you’re living from a place of fear and tension.

There’s a vast range of treatments for PTSD, from pharmaceutical medications, to acupuncture, meditation, and herbalism.

One modality that is used in clinical psychologist settings but with a holistic lens is Eye Movement Desensitization and Reprocessing Therapy, EMDR.

Developed in 1987 for the treatment of PTSD, it works on specific, traumatic root memories and disentangles them from the nervous system. The framework of EMDR is under the Adaptive Information Processing Model, which views non-chemically based symptoms of PTSD as a result of the memory or memories not being adequately processed.

The American Psychological Association explains it as when “unprocessed memories are understood to contain the emotions, thoughts, beliefs and physical sensations that occurred at the time of the event.

When the memories are triggered these stored disturbing elements are experienced and cause the symptoms of PTSD and/or other disorders”.

How Does EMDR Work?

The magic of EMDR comes from clients focusing on a specific memory while experiencing rhythmic, bilateral stimulation of the right and left hemispheres of the brain.

What does this actually look like in a session?

Your therapist will have you get really specific about memory or set of memories. From what you were wearing, the setting of the space, who all was there, and any little details you can remember.

Then comes the bilateral stimulation. Originally this was done by the provider sitting in front of a client and using their finger or some sort of pendulum to move the eyes from one direction to another, while the mind makes connections from the original memory.

To engage bilateral stimulation, therapists may also choose to use small vibrating devices, one in each hand, alternating quick from vibrations from one side to another. When I’ve had virtual sessions with my therapist, she had me sit with my feet on the floor and tap one thigh then the other, another time I tapped one side of my heart with my hand, then the other.

How Effective is EMDR?

Various independent studies have found greatly improved outcomes for people who undergo the treatment. One study found that after three 1½ hour sessions, 90% of sexual assault survivors had a decrease in symptoms of PTSD. In another study, after six EMDR sessions, 100% of single trauma survivors, and 77% of those impacted by multiple traumas, showed no diagnosable symptoms of PTSD. Further studies continue in this trend of high efficacy rates.

EMDR is helpful for any range of traumatic experiences from injuries, to natural disasters, accidents, abusive relationships or parents, sexual trauma, pregnancy loss, and so much more.

My Experience with EMDR

The reason I’m such an advocate for this modality is because after years of partial relief with other healing tools, undergoing EMDR treatment offered me a chance to fully rid my system of the effects of numerous traumatic events.

Although I had calmed my nervous system through mediation, yoga, breathwork, and the passing of time, there were still parts of myself that I knew I was holding back, and patterns that were obviously being impacted by the hold these traumatic events had on me.

A therapist is like any other relationship, sometimes it takes time to find the right one.

When I found mine, I knew I could trust her with the tender processing of my traumas. We do this through a variety of methods, but most specifically – EMDR.

She described the process as a way of weeding out the root of the patterns that play out after someone experiences trauma. For me, while there were specific events I wanted to focus on, a lot of it was working through a complicated series of long term traumatic events. Still, she had me get specific as possible, and I found myself surprised by what memories seemed to hold the most weight with regards to my PTSD symptoms.

My therapist really let me lead the process, intuitively focusing on what I felt would be most effective for my own healing, like which memory to start with.

During each session, she would have me focus on the memory that we were currently working on and then do bilateral stimulation for what seemed like thirty seconds to a minute. She would stop it, then have me take a deep breath to reground, and tell her what I observed.

After telling her my thought process, she would say “Ok, let’s go from there”, and start the bilateral stimulation once again, doing this for a total of fifteen to twenty minutes.

Unless I was really struggling to get through part of it, she wouldn’t give any input until the end of the session. This allowed me to really watch and see the natural chain of thoughts and epiphanies that unfolded from these root memories.

We went over the first memory in at least five or six sessions, and focused on the feeling associated with it – “I’m not worthy”. After reframing this internal belief, I no longer feel triggered by any of the other traumatic events I’ve experienced, and my sense of self-worth feels so grounded and secure.

What to Know Before Doing EMDR

As effective as it is, this process can be intense, especially for those who experience severe symptoms of PTSD.

As it takes you deep into your subconscious mind, feelings may get stirred up that you didn’t realize were there. It may even feel like it’s getting worse before it gets better, at least initially.

It’s important to have self-care tools in place beforehand and know what or who you will turn to when you’re feeling the intensity of your healing.

If you’re in the United States, Psychology Today, is a great resource for finding an EMDR provider who fits your needs.

The time to heal is now.

1 thought on “EMDR: Healing from Trauma and PTSD”