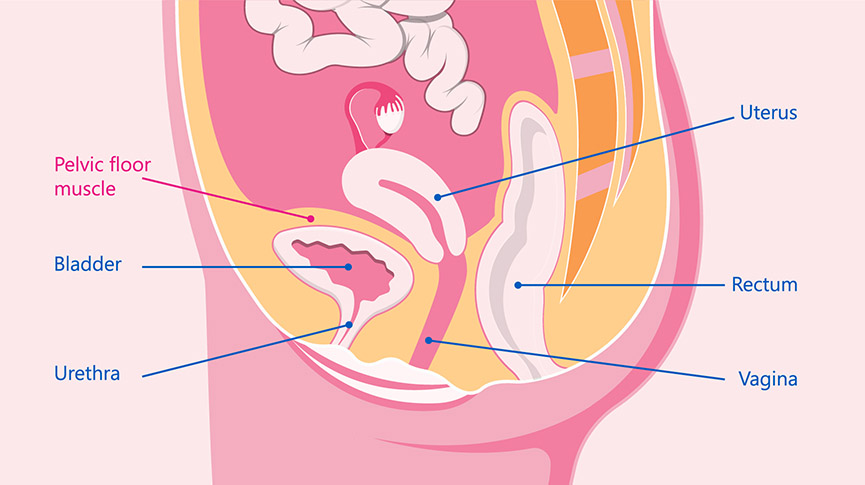 Since the pandemic, personal wellbeing and taking care of our physical and mental health have been the most discussed topics. But there are some topics that need to be discussed regardless of pandemic, long-tail issues that are still taboo and steps up to spotlight women’s intimate health.

One of those is pelvic floor health! Did you know 58% of women experience stress incontinence – the majority never exercises their pelvic floor muscles? This is the issue that will never be less important, an issue we need to talk about. All the time!

That is why, this holiday season, INTIMINA conducted a survey in 8 countries on the most important muscles of the feminine body – those representing the pelvic floor. With the participation of 8.000 women*, age 25-55, in the UK, France, Spain, Germany, The Netherlands, Sweden, Italy and Croatia, the survey goal was to find out how many experience health issues due to weakened pelvic floor muscles and which nationalities take care of their pelvic floor the most.

INTIMINA’s holiday survey shows a discouraging fact: the majority of women experienced pelvic floor problems at least once. And, yet, most of them didn’t do anything about it. When asked if they leak urine while coughing, sneezing, laughing, bending over, or lifting something heavy, in each of the countries more than half of the respondents said yes: 70% in the UK, followed by France with 59% and Spain and The Netherlands with 57%.

A pelvic floor is a group of muscles and ligaments that support the bladder, uterus (womb) and bowel. When the pelvic floor is strong, it supports the pelvic organs to prevent incontinence and prolapse. So, the weakened pelvic floor leads to many health issues that so many women think are normal, so they never discuss or treat them. It should be said repeatedly: urine leaks with sneezing, coughing, laughing or lifting things are not normal and should be treated. The same goes for painful sex, postpartum incontinence and many other symptoms.

The pelvic floor weakens mostly during pregnancy, so it is not surprising that most respondents who have given birth have experienced weakened pelvic floor muscles or incontinence once or more than once. The highest number of those cases are in the UK (60%), Sweden (56%) and Spain (55%), and the lowest are in Italy (39%) and Germany (40%).

But, pelvic floor issues are not only about incontinence. While it is still a taboo topic, painful sex should be discussed, even more so when the cause is the weak pelvic floor. In total, 36% of women claim they have experienced uncomfortable or painful sex due to a weak pelvic floor. This mainly was reported by respondents in Spain (47%), Italy (37%), followed by Croatia, Germany, France and the UK (all 36%).

With all these somewhat discouraging findings, it is surprising that women that live with discomforting pelvic floor issues don’t exercise their pelvic floor muscles. The survey shows that in all countries, most women never do Kegel exercises: Italy 52%, France 49%, Germany 47%, The Netherlands 45%, Spain 40%, Croatia 38%, UK 32%, Sweden 30%.

INTIMINA asked the respondents if they would purchase a Kegel exerciser such as vaginal weights (balls) or vaginal trainers as a holiday gift for a friend or family member. Almost 70% of Spanish respondents said yes. In Italy, it was 52% and in Croatia 45%. Even so, in other countries, more than half of interviewed women answered no.

A similar case is with the question of receiving Kegel exercisers such as vaginal weights (balls) or vaginal devices as a holiday gift from loved ones. 66% of women in Spain and 53% in both Croatia and Italy answered they would be pleased to receive such a gift. In other countries, more than half of respondents would not be happy.

This data might mean that women are still not comfortable enough to discuss their intimate health problems openly. So, INTIMINA asked the respondents if they ever talked about their pelvic floor issues with friends and family. It was not a surprise that most answered negatively in the total number of respondents (46%).

A survey showed that women still need to be educated on pelvic floor dysfunctions and encouraged to seek treatment. These findings could initiate open discussions on women’s intimate health issues in the public arena and help in raising awareness of pelvic floor health. For many women, this holiday season will be about caring and gifting. And, indeed, many will decide to tackle the discomfort and start caring for their pelvic floor.