What is a Hysterectomy? 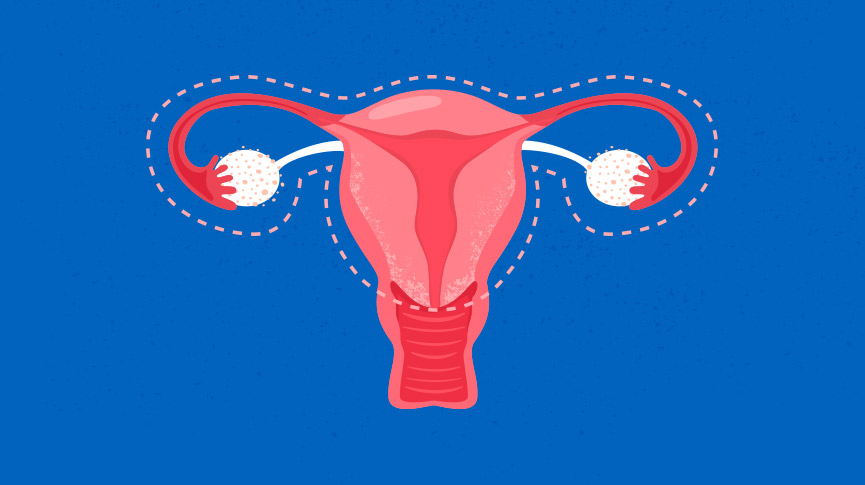 As the second most common surgery in the US after cesarean sections, it’s likely we each know or will know someone who has faced undergoing a hysterectomy. And yet, most of us still know so little about what this particular surgery entails. With over 600,000 US women having a hysterectomy each year, understanding the facts and implications of this all too common surgery is super important as we go about our lives as women of the world…

So, what is a hysterectomy?

A hysterectomy refers to the removal of all or part of a woman’s uterus, effectively putting an end to periods and the ability to get pregnant. There are four different kinds of hysterectomy, each referring to how much of the female reproductive system is removed:

Regardless of which type of hysterectomy we’re talking about, it’s major surgery for women at any stage of life.

Why would someone need a hysterectomy?

Contrary to popular belief, a hysterectomy is not something limited to women in their later years, however it is more common as we get older. Like any major operation, a hysterectomy is usually the last resort for treating various conditions or as a preventative measure against cancer and these issues can arise in women of any age.

The most common reasons for needing a hysterectomy are:

Endometriosis – This occurs when the uterine lining begins to grow outside the uterus and ovaries, potentially causing extreme cramps, bleeding between periods and pain during sex, urination and bowel movements. When symptoms are so severe that they affect daily life and work and when all other treatment options have been exhausted, a hysterectomy is recommended to put an end to pain. Often, an oophorectomy will also be necessary, as the growing and shedding of endometrial tissue where it shouldn’t be is directly related to the release of hormones in our ovaries.

Uterine Fibroids – These are small benign growths that appear on the inside of the uterus, which can be similar to an apple seed in shape or as big as a grapefruit. Ouch. Fibroids have very similar symptoms to those of endometriosis, particularly severe pelvic pain and heavy bleeding that can, in some cases, even lead to anemia.

Uterine Prolapse – The uterus is held in place by our pelvic muscles and when these become weak, stretch or are put under extreme pressure, the uterus may slip from its place moving down into the vaginal canal. This is however, more common in women who have had multiple vaginal births, menopausal women or those who struggle with obesity.

Cancer – Depending on how advanced one’s condition is, a hysterectomy may be necessary if cancer is found in the uterus, ovaries, cervix or endometrium (the lining of the uterus). Normally, other treatment options such as chemotherapy and radiotherapy will be ruled out before major surgery is required.

How is a hysterectomy performed?

There are three main types of hysterectomy. The first is an abdominal hysterectomy which involves the removal of the womb and other parts of the reproductive system (if necessary) through an incision in the stomach. The other methods, vaginal and laparoscopic are considered minimally invasive as they involve very small incisions and have a much shorter recovery time. A vaginal hysterectomy is where a small incision is made in the vaginal canal and the uterus is removed through it.

Laparoscopic surgery on the other hand, is essentially keyhole surgery where the surgeon makes several small incisions in the abdomen and performs the surgery outside the body using a laparoscope (a thin tube with a high intensity light and camera on top). Pretty neat huh?

As with any kind of surgery, it takes a bit of time before you’re properly back to normal. With abdominal surgery it takes about 4-6 weeks and with vaginal and laparoscopic hysterectomies it takes a little less at 3-4. Taking it easy in the weeks following surgery is highly recommended, as is avoiding heavy lifting and any kind of demanding physical exertion, and yes that definitely includes sex. Getting back on your feet, quite literally, is urged from the first day post-surgery.

Going for short walks and getting your blood flowing is super important in reducing the chance of blood clots and avoiding gas and constipation which could add to feelings of discomfort.

Life after a hysterectomy…

For women who undergo a hysterectomy before entering menopause, the changes such a surgery brings may prove pretty challenging. If the ovaries have been removed, they will experience premature menopause which will mark an end to their menstrual cycle and the beginning of menopausal symptoms.

If the ovaries have not been removed, they will not enter menopause immediately, but it is likely to come earlier in their life than it would have otherwise. It’s important to remember there are many treatments for menopausal symptoms and although it marks a new chapter in one’s life, it is certainly not the end.

For women who have already entered menopause, the difference in life pre and post hysterectomy may not be as drastically different. However, the toil of surgery can result in a weakened pelvic floor which can cause bladder leaks and discomfort. Once fully recovered you can start to do Kegel exercises to strengthen the pelvic floor and get back any control you may have lost.

The reality is that hysterectomies are treatments for women whose conditions are serious and debilitating. While it is no doubt a major and daunting surgery for women of any age, the vast majority who undergo hysterectomies report no longer experiencing the symptoms that troubled them in the first place.

Look around, at your mom, your aunt, your grandmother or any other woman in your life – with so many women undergoing hysterectomies every year, you can’t be far from someone who has been through it all and can tell you everything you need (or want) to know…

1 thought on “What is a Hysterectomy?”