What’s The Difference Between Endometriosis and PCOS? 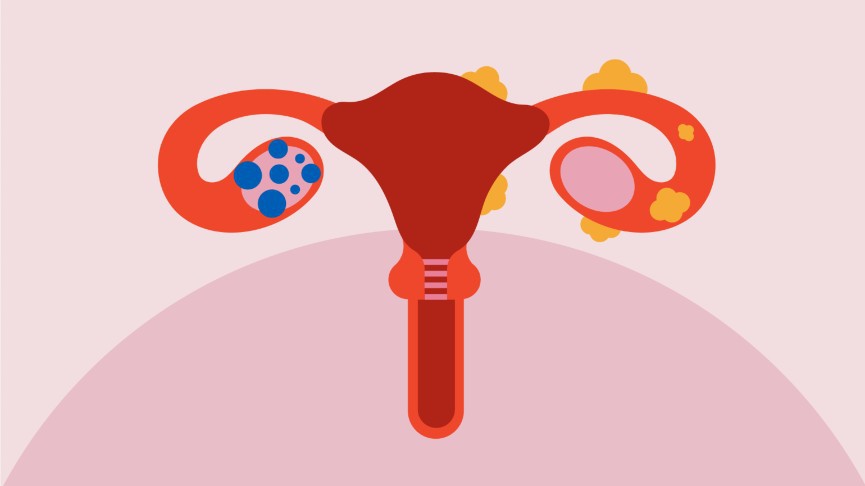 Endometriosis and Polycystic Ovary Syndrome (PCOS), are two of the most well known gynecological issues discussed in reproductive health.

Although they are two very different ailments, they can have similar symptoms and are often thrown around in the same conversations, confusing one with the other. Knowing the difference between the two gives you a clearer understanding of potential reproductive health issues, what symptoms to look out for, and how to advocate for yourself when speaking to a healthcare provider.

Let’s clear up the confusion once and for all, and learn what the difference is between endometriosis and PCOS.

How are PCOS and Endometriosis Similar?

While very rare, it is possible to have both conditions at the same time.

Both disorders are difficult to pinpoint, and sometimes people go years with symptoms before getting a proper diagnosis.

Although they are different disorders, they can have quite a few similarities or overlaps.

How are PCOS and Endometriosis Different?

The root causes of PCOS and endometriosis are very different.

While the exact cause of endometriosis is unknown, it develops when the lining of the uterus, endometrium, grows outside of it. Tissues then become trapped in the pelvic area and abdomen, leading to scarring and lesions.

The biggest symptom associated with endometriosis is pain. Excruciating cramps and pain during menstruation, which may or may not be regular. This pain may be incapacitating, and can also cause nausea and vomiting. People with endometriosis may also experience pelvic pain before and during their period, as well as when defecating, having sex, and urinating. They may also have stomach cramps, as well as pelvic pain during their daily life.

PCOS, on the other hand, is a hormonal condition where the ovaries and adrenal glands produce excess male hormones, like testosterone. This imbalance of hormones throws off the menstrual cycle leading to sporadic periods, that occur anywhere from every few months to only a couple times a year. When people with PCOS do menstruate, their periods may be long, heavy, and painful.

These hormone imbalances can also lead to acne and excess facial and body hair, which is typically dark and course. People are most likely to grow it on their chin, upper lip, neck, back, stomach and chest. Increased insulin production may also cause excess weight gain. Their symptoms may appear starting at their first period.

Which is More Common?

Endometriosis affects an estimated 10% to 15% of women and people with vaginas who are of reproductive age. For the same demographic, PCOS affects between 4%-12% of people.

While endometriosis is more common, or at least more commonly diagnosed, they both remain two of the most prevalent gynecological disorders.

What Are The Differences in Treatment?

The first go-to treatment for both disorders is usually hormonal birth control, which can help regulate people’s cycles and make their periods more manageable. It’s important to note that because most birth controls work by suppressing ovulation, just because someone has a regular cycle on them, does not mean it will help with fertility issues.

PCOS is usually treated on a symptom by symptom basis, and managed with lifestyle changes like diet, exercise, and supplements, as well as other forms of hormone therapy.

Endometriosis can also be managed with the use of painkillers during menstruation. Cannabis has also been shown to be helpful in not only pain management, but also possibly stopping endometriosis from developing further. In severe cases, surgical removal of excess endometrial lining may be necessary, as well as the possibility of a hysterectomy, which may or may not include the removal of the ovaries. There are also helpful tools for people who experience pain during sex with endometriosis.

Making healthy lifestyle choices in terms of diet, exercise, and supplements is important for managing both conditions. People also may get relief from holistic health providers and treatments like acupuncture.

How to Get Help

If you suspect you may have endometriosis or PCOS, the first step is to reach out to your provider. Be sure to be as detailed as possible when discussing your symptoms, including about your bathroom habits and sex life. If you are able to track your periods and symptoms over a few months, it will be helpful to have that information handy when seeking treatment.