The History of the Menstrual Cup 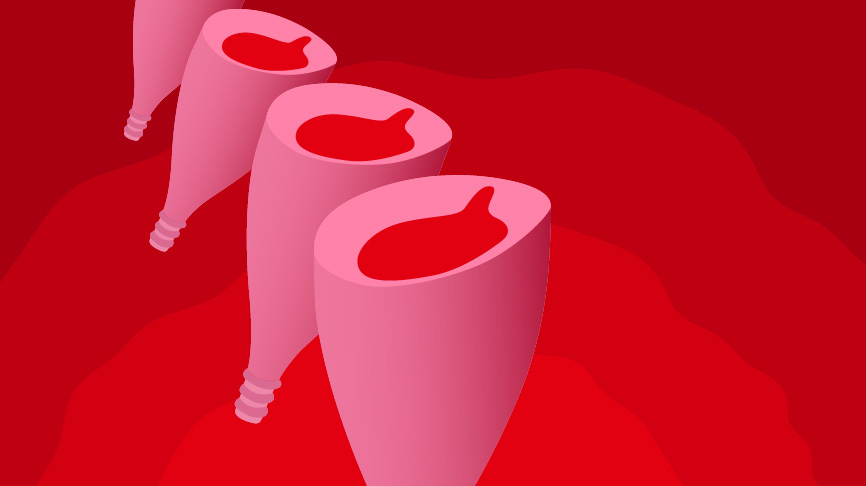 Menstrual cups might seem like a totally new creation, but did you know that the modern menstrual cup and the disposable tampon were invented in the same decade?

Women have been searching for the perfect period protection for millennia, but once we did find the ideal solution it still took nearly 80 years for menstrual cups to become popular. Here’s a quick rundown of the evolution of menstrual cups.

Women have been experimenting with internal period protection since ancient times – but in the late 19th and early 20th centuries, the idea of using an internal cup to collect menstrual flow started to take hold. Many cup-like devices were patented in the US and abroad, some used flexible sacks to collect the fluid but others used metal cups – talk about uncomfortable!

Most of the devices also required belts to hold them up, which meant they weren’t very discreet. Needless to say the majority of these devices were never sold commercially. 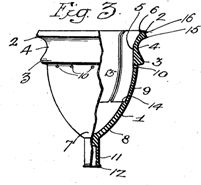 In the 1930s several devices resembling the modern menstrual cup were patented. Leona Chalmers’s cup, patented in 1937, is regarded as the first commercial menstrual cup available for sale in the US. Her cup was made out of rubber and held in place by a woman’s pelvic floor muscles – no more bulky belts!

The outbreak of World War II and the scarcity of rubber forced her to shut down production, and though she continued to sell the cups after the war it was difficult to convince women to make the switch. At the time menstruation, and indeed women’s bodies and sexuality in general, were a taboo subject, so touching your vagina was unthinkable for the majority of “proper” women.

In order to combat the popularity of disposable pads and tampons, the company invested in a huge education campaign, sending discount offers to registered nurses and hiring them to give advice to women in drugstores around the country.

They even had a 40 foot tall billboard in New York City’s Times Square, but women still weren’t comfortable being so intimate with their vaginas. Sadly in 1973 the company shut its doors and the cups were no longer available in the US.

Over a decade after the Tassette company closed its doors a new latex rubber menstrual cup made its way on to the American market and beyond. The Keeper, made of brown rubber, carried on Leona Chalmers’ legacy and is still available today.

The new millennium saw the rise of medical-grade silicone: a new material that is bacteria resistant and hypoallergenic – unlike latex, which many people are allergic to. This silicone was quickly adopted as the standard material for menstrual cups, both because of these benefits and because it is so much softer and more flexible, making the cup easier to fold and insert.

Plus, the softer silicone makes the cup more comfortable to wear – no more hard rubber edges.

2014 – The Reinvention of the Menstrual Cup

The design of menstrual cups hadn’t changed much since the 1930s, and it wasn’t until Intimina’s 2012 introduction of the Lily Cup that menstrual cups began to evolve again. We completely rethought the shape of the cup so that it fit women better and found a medical-grade silicone that was much thinner, softer and, more flexible, making the Lily Cup so much more comfortable to wear.

However, the biggest evolution yet came in 2014 with our Lily Cup Compact – the first ever collapsible menstrual cup. This cup is made out of the same soft silicone, but it collapses flat and fits into a small case the size of a tin of lip balm, making it super easy to carry with you. It has brought menstrual cups into the mainstream and introduced more women to the benefits of reusable cups.

So there you have it – the evolution of the menstrual cup from a bulky, belted device to a tiny compact that fits in your pocket. It took over 80 years for women to begin embracing cups, but now that they have the knowledge has spread like wildfire and there are finally better options for women. With this sudden burst of innovation who knows what menstrual cups will look like in 10 years? Keep an eye on this spot to find out.

2 thoughts on “The History of the Menstrual Cup”