Menstrual Hygiene Around the World 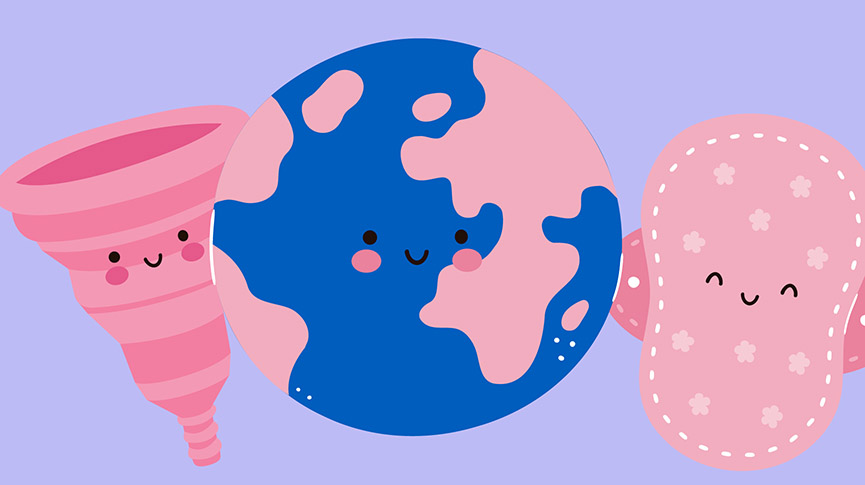 Ever thought about how periods are treated in a country other than your own? In some cultures, menstruation is a rite of passage that is met with celebration. Maybe your parents bought you a cake! Or maybe you were just slightly embarrassed.

But for others, getting your period is something debilitating that you come to dread every month. In places where menstrual taboos are coupled with poor sanitation, hygiene and economics, your time of the month is a world away from hot water bottles, M&Ms and nifty menstrual cups. In these parts of the world, some people are unable to confront their menses openly or safely and as a result, are held back from realizing their full potential.

By educating ourselves on the difficulties people face around the world during their period, we are better positioned to do something about it. Education about their bodies and menstruation, as well as introducing them to better kinds of period protection is a huge task, but one that can make a big impact – and something we at Intimina strongly believe in.

Here are five countries where your monthly menstruation looks a little bit different.

Cultural myths and taboos surrounding menstruation are rife in India, where an estimated 200 million children and adolescents lack the ideal awareness of menstrual hygiene. Approximately 23% drop out of school every year due in part to insufficient sanitation and period protection. Organizations such as Menstrupedia have responded to these problems by tackling the lack of menstrual care education that is available to young girls and have been hugely influential in undoing cultural stigmas in schools and at home.

In the Philippines, many schools have poor sanitation facilities and lack the knowledge to support students on their period. A consistent problem is the lack of education about puberty across the sexes, making non-menstruators aloof to their peers. In fact, one of the major reasons for period-related school absenteeism is the anxiety of teasing from schoolmates about leaks, stains and odours. This can have damaging effects on their self-esteem and hold them back from fully participating in school life.

In Western Nepal, a tradition called chhaupadi persists despite being outlawed by their Supreme Court in 2005. During menses, chhaupadi considers people to be ‘ritually impure’ and their touch is said to spread disease and contaminate food. As a result, people are banished from their homes to small, desolate huts on the fringes of their communities while menstruating. Recently, more attention has been brought to these practices, with the goal of pressuring more conservative leaders to abandon the tradition and assure community members that their periods do not have to confine them.

A damaging tradition persists that leads people to believe drinking, bathing in, or touching cold water will lead to cysts or even infertility. In addition, students must carry their used pads with them, often in school, as it is said that putting them in the trash can cause cancer. Yes, Bolivia’s menstrual care doctrine is brimming with misinformation, but luckily there are organizations such as UNGEI (United Nations Girls’ Education Initiative) who are producing valuable research on how girls experience menstruation in schools and at home, and providing comprehensive recommendations to tackle these issues.

In parts of South Africa, meagre incomes mean that disposable pads and tampons are not an option for millions of people, who instead rely on old rags, newspapers, dried leaves or reusing pads from previous cycles. As a result, it is all too common for students to skip school during their period to avoid leaks and because of poor sanitation – ultimately putting them at a huge disadvantage to their peers.

Want to Support a Charity Committed to Making a Difference?

IMMA is an amazing association based in Munich, Germany that has dedicated itself to supporting women in society. They run a shelter and counselling service for those who have been abused, and have even been visited by royalty! IMMA also runs educational programs about all aspects of health, with the broad mission of helping women participate and flourish fully in all aspects of private and public life.

We have partnered with IMMA because their vision lines up with so many of our own goals. We’re working with them to help make a difference—for every menstrual cup bought in Germany, we will donate a cup to IMMA so they can provide a menstrual cup to someone who really needs it.

If you’re in Germany, you can support this cause by heading to the Intmina store!