Gynecological Health: What is Ovarian Torsion? 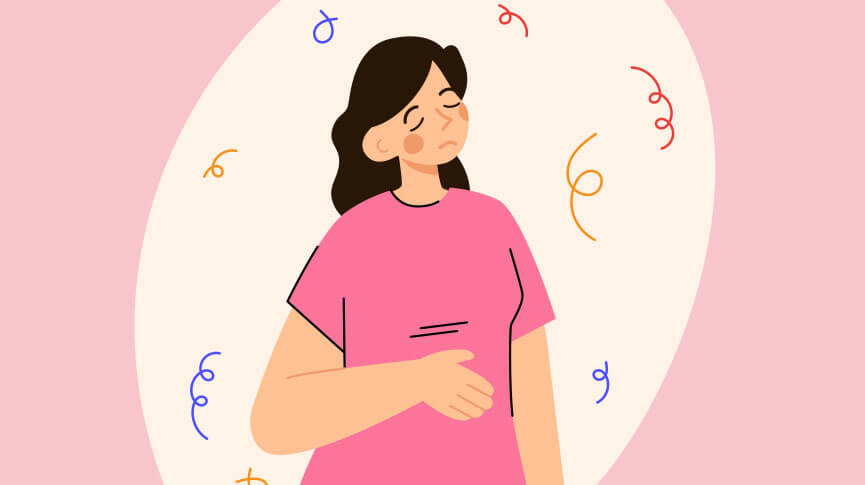 The female reproductive organs are a complex, yet incredible system. They make it possible to have amazing orgasms, go through monthly menstrual cycles, and even for humans to be born (or not born if you choose so). But with so many moving parts, of course, things can go awry sometimes. That’s the case with many reproductive health disorders like endometriosis, PCOS, and uterine fibroids.

One reproductive health issue that is relatively unknown unless you’ve dealt with it firsthand is called ovarian torsion. Let’s learn about ovarian torsion, its symptoms, risks, and what to do about it!

What is Ovarian Torsion?

Ovarian torsion, sometimes called “twisted ovary” is a rare condition, accounting for about 2.7% of acute gynecologic complaints. But what is it? Let’s clear up some anatomical questions first. Your reproductive organs aren’t just floating around inside of you. The ovaries are held in place by fibrous ligaments, or tough elastic tissues, that connect to the uterus. When an ovarian torsion occurs, the ovary twists around the ligaments that are holding it. This compresses the arteries that bring blood flow to the ovaries and fallopian tubes, causing possible tissue and organ damage.

It can also be called adnexal torsion which is when the fallopian tube also twists with the ovary. Ovarian torsion usually only affects one ovary.

What Are The Symptoms of Ovarian Torsion?

Treatment for ovarian torsion is time sensitive in order to preserve the function of the ovaries. That’s why it’s important to know what the symptoms are:

Unfortunately, these symptoms are somewhat vague compared to other reproductive health disorders. Ovarian torsion can be difficult to diagnose as the symptoms mimic other conditions like appendicitis, ectopic pregnancy, and ovarian cysts.

Are there certain risk factors that make someone more likely to develop an ovarian torsion? Yes, let’s go over them. Ovarian torsion is most common in women and people with ovaries ages 20-40 years old but can occur at any age. Pregnancy can also increase your risk of developing it. One study found that 8-15% of people diagnosed with ovarian torsion were pregnant, this is mostly seen between 6th and 14th weeks gestation.

In the same vein, people undergoing fertility treatment have an increased risk due to medications that stimulate ovulation. The same is true for people who have undergone tubal ligation (female sterilization) also known as “getting your tubes tied”.

There are some preexisting conditions and genetic differences that can increase the risk of developing ovarian torsion. This includes:

Ovarian torsion is not life-threatening in most cases but can be detrimental to reproductive health.

When left untreated, ovarian torsion can have serious side effects including:

It’s possible for the ovary to resolve itself on its own, but it’s recommended to seek treatment instead of waiting for that to happen

The first step towards treatment is diagnosis. This typically includes a pelvic exam followed by an ultrasound scan of the pelvis and abdomen which will be done pelvically and transvaginally., and a possible MRI or CT scan. Lab testing can also show blood count and test for possible anemia or infection.

After diagnosis, the treatment for ovarian torsion is surgery. This can be done laparoscopically, which is less invasive with minimal recovery time. The other option is a laparotomy which requires a larger incision and more recovery time.

Ovarian torsion can affect future fertility in the future, however, people are still able to conceive and have babies with one healthy ovary. That being said, about 90% of patients who underwent treatment maintained the function of their ovaries, the outcomes being better the faster someone was able to get surgery.

This article is not meant to scare you, but to give you more information about the human body and female reproductive health. If you experience any symptoms of ovarian torsion, it’s important to seek emergency medical care as soon as possible. Education is one of the most important pieces when it comes to taking care of your reproductive health.