Urinary Incontinence During & After Pregnancy: Tips for Managing It 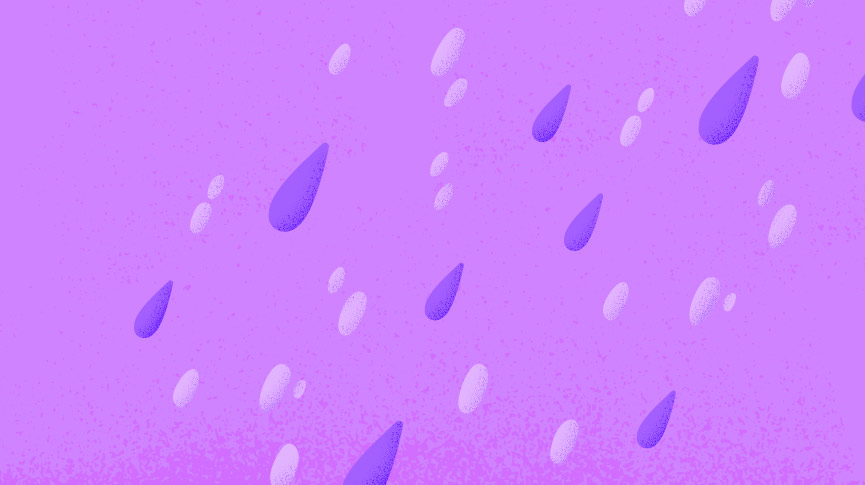 Stress incontinence is extremely common both during and after pregnancy. The most easily treated form of urinary incontinence, it’s triggered by any physical movements that places increased pressure on the bladder. That includes actions like sneezing, laughing and coughing, as well as some types of exercise, all of which can cause a – usually small – amount of urine to be released into the urethra and out through the sphincter, causing those embarrassing leaks.

With stress incontinence, the bladder’s diminished control is usually down to weak pelvic floor muscles – they’re the muscles responsible for supporting the bladder, bowel and uterus, and play a key role in pushing the baby through the birth canal during labor. Inevitably, the physical strain of childbirth can affect the bladder both by damaging its nerves, but also by physically forcing it and the urethra – the tube that drains urine out of the body – out of place.

Both of these scenarios can result in post-partum urinary incontinence.

During pregnancy, however, the bladder experiences near constant pressure from an ever expanding uterus, particularly by the third trimester. Not only does that results in less room for the body to store urine, it also means it’s much harder to control those involuntary spasms of the bladder caused by sneezing or laughing.

The resulting accidents can be embarrassing to say the least, and are the last thing a woman needs during her pregnancy. However, help in managing incontinence is at hand…

One of the most effective strategies in managing incontinence during pregnancy is to tackle the underlying cause and build up those pelvic floor muscles – ideally before you fall pregnant! Of course, for lots of reasons that’s not always possible, but they can also be a great way to help get your bladder back under control following childbirth.

In fact, gynecologist Arnold Kegel’s eponymous pelvic-muscle exercises were specifically developed to help women maintain bladder control after pregnancy: focusing on the muscles that support the bladder, bowel and uterus, they help the body recover from any injuries sustained during labor, and are widely viewed as a first line of defense in preventing or managing urinary incontinence.

During pregnancy you should do your Kegels without an aid, but once you’ve healed fully from childbirth it might help to invest in a Kegel exerciser that can help guide you through your exercises and ensure that you’re getting the most out of your Kegels.

Another culprit for exerting extra pressure on the bladder that can lead to UI during pregnancy is weight-gain. It’s inevitable, and whist women definitely need more calories in the run-up to childbirth, keeping weight-gain moderate may help control incontinence during pregnancy.

Ask you healthcare provider as to what’s a healthy amount of weight to gain, and remember: whilst eating for two may sound like a tempting proposition, it’s not necessary and more to the point, those extra pounds will weigh down on your bladder.

Also related to what you eat, avoiding constipation during pregnancy can similarly help in controlling urinary incontinence. How so? Because full bowels can place increase pressure on the bladder, making little leaks more likely.

Constipation is another one of those uncomfortable yet all-too common side-effects of pregnancy. Like most of the changes you’ll be experiencing at this time, hormones are largely to blame, as well as an ever-expanding uterus putting pressure on the intestines and limiting their function.

Try incorporating high-in-fiber foods into your diet, such as whole-grain cereals, brown rice, beans, and lots of fresh fruits and vegetables. Light exercise can also help ease the symptoms, and for more advice, speak to a medical professional about how to control constipation.

However much you’re suffering from incontinence at this time, never be tempted to cut down on fluids as a way to control the need to urinate. Eight glasses of water are widely recommended to avoid dehydration and urinary tract infections – staying healthy is a must!

Nonetheless, it’s worth bearing in mind that some drinks are known to irritate the bladder more than others. Some studies recommend cutting it out completely, but even small amounts of caffeine can stimulate the bladder making it one to avoid if urinary incontinence is an issue. Similarly, citrus juices such as orange and cranberry are known irritants, as are carbonated drinks.

All of these tips can help limit the possibility of incontinence during pregnancy and at the very least, help women maintain control of their bladders as their bodies undergo nine-months of change. Ask your doctor for advice, and remember: inconvenient though these little leaks can be, they’re entirely normal and you’re most certainly not alone!