On and On and On: Reasons Why Your Period is Lasting Forever 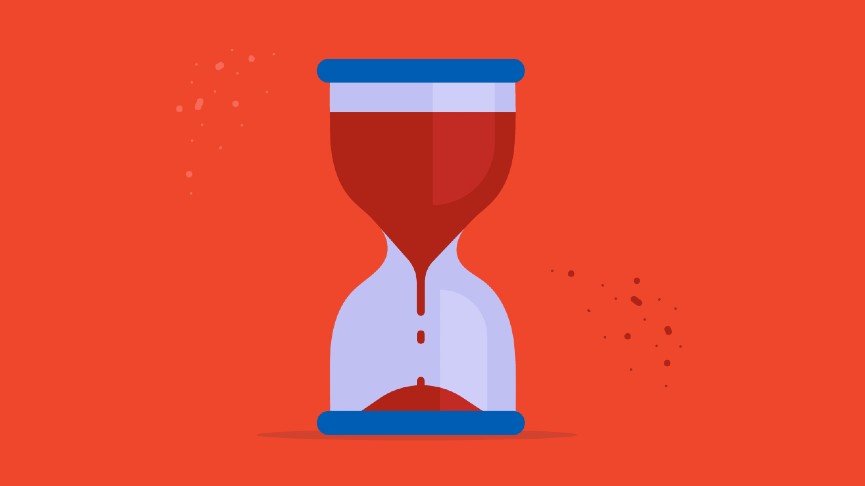 Have you ever wished you could get your period over in one hour? If you think about it, you could spend that hour on the toilet, catching up on your podcasts. (Assuming you could clear your schedule, that is).

Unfortunately, that’s not the case. Most of us have periods that last about three to seven days. But what if your period lasts longer than that? Like… a lot longer? You might be wondering why and how, and WHEN it will finally end. Don’t worry—here are the answers to all your questions!

How Long Is A Long Period?

As mentioned, most people have periods that last between three days and one week. But your period probably isn’t the exact same length every month; instead, it’s just an average.

One of the benefits of using a period tracking app is that you can see exactly what your ‘average’ period length is. Sometimes your period can feel extra long, when really you’re just two days longer than it was last month. This never-ending feeling can be exacerbated by us really looking forward to it being over.

(If you’re waiting for your period to end so you can have sex that doesn’t stain your sheets, may we recommend Ziggy Cup in the meantime?)

Why Is Your Period So Long, This Month?

If your period is way outside the average range, you are understandably wondering, what the heck?!

There are a few reasons. Firstly, you might just be one of those people who has a long period. The average is exactly that—an average of the people who have the shortest and longest periods. And, particularly when you’ve just started menstruating, your period can last longer than it might end up being when you get a little older.

But if your period is very regular, and a very reliable length of time, only to be suddenly longer this month, here are some of the potential reasons:

A Change In Your Birth Control Method

Barrier methods of birth control like condoms are just about the only method that won’t have an effect on your cycle. If you’re using hormonal birth control methods like the pill, patch, or Mirena IUD, they usually shorten or lighten your period, but because we are all beautiful unique creations…the opposite might happen for you.

The birth control method most likely to cause longer or heavier periods, however, is the non-hormonal copper IUD. Both hormonal and non-hormonal IUDs can cause your periods to change for the first few months. But, because they are inserted once and last for years, they are still a great option for many people. Make sure to keep your doctor in the loop as your cycle adjusts; they’ll know best if this change is serious.

Miscarriage can cause heavy bleeding or spotting, which can last anywhere from a few hours to a few weeks. Miscarriages can happen very early on, before many people even realize that they’re pregnant.

Miscarriage can involve more brown blood than normal, but not necessarily. If you’re bleeding much more heavily than normal for an extended amount of time, definitely see a doctor.

One of the reasons you should seek medical attention is that you might be experiencing an abnormal and unsafe pregnancy instead of a miscarriage. These pregnancies can be extremely dangerous; you can read more about ectopic pregnancy here.

On the other end of the fertility spectrum, a long period might be a sign of perimenopause. It can make periods longer or shorter, heavier or longer. You might rule this out if you are still in your 30s, however early menopause is a thing!

Polycystic Ovary Syndrome is caused by a hormone imbalance and can cause cysts to frequently grow on the ovaries. It can cause infrequent periods or, conversely, long and very heavy periods. You can learn more about PCOS here.

Endometriosis is a condition where uterine tissue starts growing outside of the uterus. That tissue can swell and bleed in response to your cyclical hormones just like the tissue within your uterus. But because these endometriosis lesions cannot leave the body through your vagina, you can experience intense pain and other complications, such as cysts.

Cervical cancer is unfortunately often fatal if not caught early, which is why getting regular screenings (Pap smears) is so important. Cancerous cells can be detected during these screenings before you have any other symptoms.

But, one symptom of cervical cancer is bleeding between periods and after penetrative sex, which you could potentially mistake for a long period. Talk to your doctor about how often to get screened, and read this article about what to expect from your first Pap smear.

Not sure what your thyroid is? You’re not alone! This little gland is responsible for regulating a variety of hormones in the body, including the hormones that control your menstrual cycle. When under or overproducing hormones (underactive or overactive thyroid), your periods can be light or irregular, and it can cause early menopause.

On the other hand, it can cause extremely long periods. Luckily, it just takes a simple blood test to find out, and then you can explore medication to regular these hormones.

If you take blood thinning medications for clotting disorders like PE or DVT,  you may also have longer periods as a side effect of your medication.

This isn’t a reason to stop taking your medication though! Instead, talk to your doctor about your heavy periods.

While unusual, there are underlying blood disorders that can cause periods that last for a long time. For example, Von Willebrand’s disease is a blood clotting disorder, and is the most common inheritable bleeding condition.

But, you can also get Von Willebrand’s disease due to other conditions, including lupus. There are several different types, some which will usually be caught in earlier childhood.

However, you might not know you have it until a serious surgery or injury. So if you have very long periods, or have blood clots that are at least 1 inch in diameter, this may be something to discuss with your doctor.

When Should You See A Doctor?

Generally, it is suggested that you speak to a doctor if your period lasts more than seven days. If this is the way your period has always been, there may be cause to talk to your doctor about conditions like PCOS or endometriosis when accompanied by other symptoms. It may be possible that that is just how your cycle rolls! But you won’t know unless you check. If your period is suddenly much longer than usual, it’s always safest to see a doctor. Make sure to note your period’s usual length and any other symptoms you’re experiencing.

Dr. Shree Datta is a Consultant Obstetrician and Gynaecologist in London, specialising in women’s health including all menstrual problems such as fibroids and endometriosis. Dr. Shree is a keen advocate for patient choice, having written numerous articles and books to promote patient and clinician information. Her vision resonates with INTIMINA, with the common goals of demystifying periods and delivering the best possible care to her patients.