Is This The Secret to Super Orgasms? Pompoir Exercises 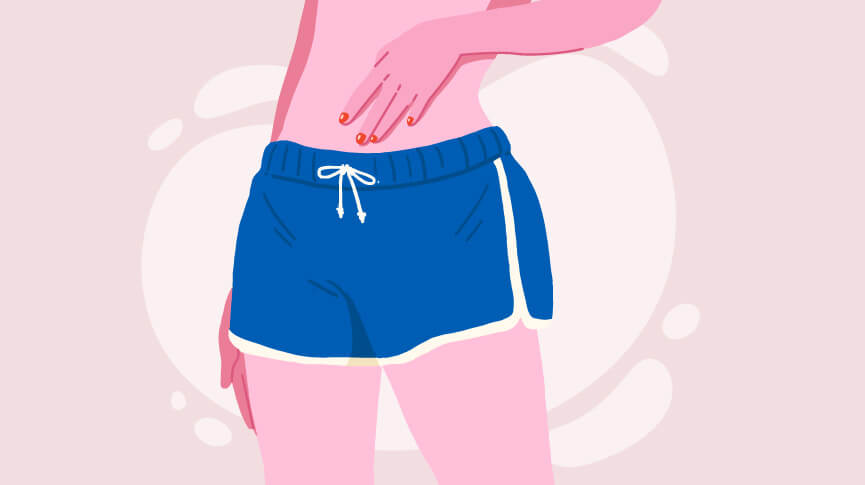 You’re probably familiar with Kegels.  Kegels are a simple contract and release exercise done to strengthen the pelvic floor muscles. They can help with urinary incontinence, prepare people for pregnancy and birth, strengthen the pelvic floor after birth, and even help give stronger orgasms. But why should Kegels get all the credit? Contrary to popular belief, Kegels are not the only kind of pelvic floor exercises out there. There are quite a few other ways you can reap the benefits of pelvic floor exercises. Let me introduce you to your new friend – Pompoir exercises.

Pompoir exercises are used to strengthen the pelvic floor muscle for and during sex for intense orgasms both for the person being penetrated, and for the person penetrating (if they have a penis).  Supposedly, Pompoir exercises date back to ancient Indian tantra over 3,000 years ago and were widely practised in Japan and Thailand.  In Arabic, Pompoir exercises are called  ‘Kabazza’, and they’re also sometimes called ‘Singapore’s Kiss’.  This set of exercises are done during intercourse, whether that’s with a penis or a sex toy, and demands more control over the pelvic floor and pubococcygeus (PC) muscles (inside the vagina) than your standard Kegels.

Pompoir is considered sexual exercises done with the intention to increase the power and length of orgasms for both people involved. Because the person being penetrated is doing most of the moving, in a cis-hetero relationship, this puts the power back into the hands of the female, which can be empowering and shake up traditional gender dynamics.  Teachers of Pompoir exercises claim they can help people with vaginas feel all different kinds of orgasms including vaginal, g-spot, cervical, and uterine orgasms. Again there’s no scientific evidence that these kinds of separate orgasms exist, outside of anecdotal evidence. They may even help people be able to squirt!

How to Do Pompoir Exercises

Pompoir exercises aren’t just a matter of squeezing the vagina during sex. These are very old techniques that have been refined over the years.  It’s necessary to have the strength to do a Kegel before starting Pompoir, but Pompoir and Kegels are not the same. The pulling motion involved in doing a Kegel is part of Pompoir, but Pompoir also involves pulling, pushing, and isolating different areas of the vagina.  Before you start practising Pompoir exercises with a partner, you’ll want to make sure you’re both properly aroused, warmed up, and lubricated. Don’t be afraid to use lube to help you out!

Pompoir is typically done with the person being penetrated on top, AKA cowgirl style. The person with a penis or the penetrator lies still and waits for the magic to happen. They can have a few gentle thrusts to warm up before laying still.

One of the foundational Pompoir exercises is called the elevator. You can practice this one outside of sex first, like sitting on the toilet after you’ve gone pee.

Here’s how you do it:

This creates a tantalizing sucking motion for your partner and requires quite a bit of control on your part.

You can even do this while you and your partner are orgasming – you’ll be sure to come back for more!

This is just a beginner’s intro to Pompoir. If you want to learn more about the specifics of Pompoir exercises, there are quite a few books out there like ‘The Pompoir Book’ and ‘The Fine Art of Pompoir’.

Like any sort of exercise, it can take time to refine your *ahem* technique. But unlike pumping iron in the gym, you’ll probably enjoy this one no matter what stage you’re at!